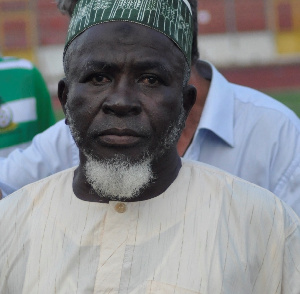 A member of the newly-constituted management committee of the Black Stars Alhaji Grusah has dispelled rumours that the new appointments by the FA were influenced by partisan politics.

According to the King, Faisal bankroller he has been a staunch supporter of the United Party and has no association with the NPP.

In an interview with Happy FM on February 11, 2022, Alhaji Grusah explained was appointed by the Ghana Football Association on merit and not as a result of political affiliation.

“Mark Addo is the president of Nzema Kotoko and check how many years have I done football. So, it’s not the majority of NPP people. Osei Kuffour played at the U17, he is a national star. Even if there are NPP people in the team, they are the ones who understand football,” the football administrator said.

He added, “I always say we shouldn’t mix football with politics. I’m not an NPP member, I am a UP supporter.”

He expressed that instead of chastising the new committee, Ghanaians should rather support them in their quest to lead Ghana to return to the 2022 FIFA World Cup in Qatar.

He said, “we have been selected because Ghanaians believe we can do the job better. We need unity and the support of everyone especially Ghanaians to make this work.”

“I will plead with Ghanaians to give us the support and Insha Allah we will do our best to make sure things get better. We just need support from Ghanaians. If we will qualify for the world cup it’s in God’s hands”, he added.

Vice-Chairman Kwasi Agyemang, Kwame Ofosu Bamfo and Colonel Kwadwo Damoah (Rtd.) are the members who have been tagged as NPP stalwarts in the committee.