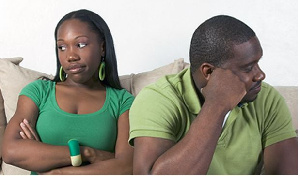 I wouldn’t say we had a great experience with sex from our beginning. I dated my husband for three years before we got married. We had moments of sex that were great and we had moments that were too poor we didn’t even remember that we had sex. It’s normal. Every couple goes through sweet and sour sex every now and then.

And then I got pregnant. Somehow, my husband’s appetite for sex grew suddenly during my pregnancy. He wanted it almost every day and sometimes three times before the morning comes. Mostly I complained but ended up giving it to him anyway. I didn’t want to give him the excuse to cheat. Also, being pregnant isn’t a sickness so I didn’t want to use it as an excuse to escape sex.

And then Kobby was born. A beautiful boy that has been a blessing to me since the day I gave birth to him.

My mother came to live with us when I delivered. It’s my first child and as such someone had to be there to guide me through. My mom lived with us for three months. All through the three months, I shared my bed with my mom while my husband slept in the guest room. It’s an arrangement he came up with. According to him, my mom would be needed at dawn when the baby needed special care.

Sex was therefore off the menu for the first three months.

And then my mother left so we started sharing our bed together. It’s been three months and some weeks. I thought I was ready to have sex but my husband never made the move as he mostly did. Usually, at dawn, I would be giving him signals for sex but he never picked the bait.

I spoke to him about it and he complained of being put off by the baby scent I was covered in. I was a fresh mother and there was nothing I could do about it. Though I tried, nothing could get that scent he was talking about off my skin. I breastfed the baby. I changed diapers. I cleaned baby’s vomit so the scent isn’t going to go away.

A year passed between us and we never had sex. That affected my self-confidence and made me question the motives of my husband. It’s been a year already and he still complains about the baby scent.

We went close to two years without sex until one night, he drew closer to me and started giving me sex vibes. I picked his intentions quickly and started drawing him in. That night we had sex. Though it wasn’t the kind of sex I expected after two years break but it was sex anyway. Half a loaf, they say…

The morning after, I couldn’t keep the joy to myself. It felt like a light had been switched in me. I was bubbly. I was chatty. I was whatever.

So I told him; “Do you mind if we do this often? I mean like we used to? Three times before morning, you know what I mean?” He didn’t say a thing. So I nudged him and asked; “Did you hear what I said?”

He switched on his candid face. The kind of face he puts on anytime he wanted to be frank about something. He said; “I didn’t enjoy what happened last night. It looks like you are wide down there now. I didn’t feel a thing.”

All of a sudden, that light I felt went off. I didn’t know what to say to that. All I could say was; “I have a baby now. You don’t expect me to be tight down there like it used to.” For the next hours, we said nothing to each other. And for the next three months, we had no sex.

I remember the flash of happiness on his face when he came home that night. He had a little paper bag containing gels and oils. He really came prepared that evening. When we finished bathing and went to bed, he started massaging me with the oil and touching me at the right places. I never knew my husband could be so touchy.

And then all of sudden he pushed through the back. I can’t put into words the kind of pain I felt when he tried pushing. It was worse than the pain I went through during labor. I started screaming and begun fighting him but he wouldn’t stop. He kept pushing while I was struggling and screaming. Then Kobby woke up crying. That made him stop.

From our bed to where Kobby’s cot was, I struggled to walk there. The pain was too intense I felt it in my stomach. That night, I decided never again would I attempt that. I made it plain to him that it was never going to happen again. He only said, “It’s always like that the first time.”

He made several attempts to get his way through my back, I never allowed it. Most times we agreed on normal sex but he ended up trying to push through from behind. The pain was horrible and unbearable. I couldn’t stand it.

One day while he was at work, I packed some few things and left the house with Kobby to my parent’s home.

He didn’t call me when he returned from work so I called him the next morning and he said; “Wherever you are, make sure you don’t come back.” And then he hanged the call on me. I tried calling back several times but he didn’t pick.

I gathered the courage and told the whole truth to my parents. My dad was livid and my mom kept crying. They were convinced I had to leave the marriage if that was the case. When both his families and mine met to resolve the issues. He lied to them.

That day I knew I wouldn’t stay married to such a man.

Previous The 4 new artistes taking over the Ghanaian music scene by storm
Next HOT VIDEO: ‘You are old but none of your songs is sensible’ – Sheldon descends on Shatta Wale