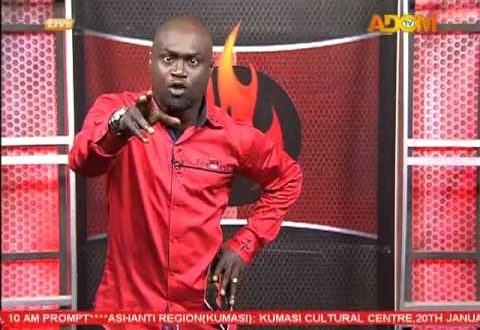 Ghanaian Sports Journalist, Patrick Osei Agyemang ‘Countryman Songo’, has descended on the Ghana Football Association(GFA) over the delay in releasing the Black Stars squad to face Nigeria later in March 2022.

The Super Eagles have already announced a 25-man star-starred squad for the FIFA World Cup playoff tie. But, Ghana are yet to release theirs, although the first leg is just a few days away.

Songo who cannot comprehend the reason for the delay quizzed whether the invited players need to be hidden because they are ghosts.

“Are the Black Stars players ghosts that you have to hide them and moreover surprise us? Is there anything special?” he said on Adom TV

“We have a pending World Cup qualifier, we have seen the players Nigeria will use…we have less than a week, we have to know the players that will play in so that people can share their opinions. But up till now, the players’ names have not been released,” he added.

He also questioned while alleged that the FA is afraid of releasing a squad that has players from their agency.

“Are you afraid of releasing the names of players from your agency that disgraced us in Cameroon?”

“You used your average agency players to represent Ghana at the AFCON. You disgraced the country without even saying sorry. The coach you brought claiming he is not (try and error) has now been sacked. Now that’s a new cost for Ghana to bear.”

Ghana after missing the World Cup in 2018 will aim at making their return in the 2022 edition in Qatar. But Nigerians will be looking forward to their fourth consecutive appearance.

The Black Stars will host the first leg on March 25 and then travel to Nigeria for the return leg four days later.