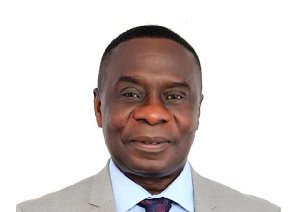 Member of Parliament for Assin North has filed a new application at the Supreme Court, seeking to set aside a Court of Appeal decision that struck out his appeal against a High Court decision for non-compliance with court procedures.

According to myjoyonline report, James Quayson is challenging a high Court ruling that called for reelection to be held in his constituency and ordered him not to hold himself as MP for the area.

The Cape Coast High Court in July 2021 held that, the legislator owed allegiance to another country other than Ghana at the time of filing to contest the 2020 parliamentary polls.

According the myjoyonline “ the Court of Appeal on Tuesday, March 22 stated that the embattled MP failed to comply with the court’s directives to submit his written submission within the stipulated time. The court further ordered that all applications before the panel in relation to the Assin North MP are to be struck out”.

But lawyers for Mr. Quayson are fighting back accusing the Court of Appeal of acting arbitrarily.

Detailing the events of March 22, the lawyers say they prompted the court about a pending motion seeking to disqualify the Presiding Judge, Irene Charity Larbi, from participating in the case.

This motion, they explain, was due to be heard on March 24. They, however, say the presiding judge did not allow lead counsel, Tsatsu Tsikata, to explain why he believed the case should be put on hold.

The lawyers also allege that a defective registrar summon was used to call the case in court. According to them, despite pointing out the defect and how it flies in the face of the law, the presiding judge, contrary to the rules of the court corrected the defects in her own handwriting.

“…the Court held up proceedings and waited until the Registrar came into court, whereupon the Presiding Judge then proceeded to give directions as to the “corrections” to be effected by her handwriting,” parts of the documents filed by the lawyers allege.

Again, the lawyers claim that the court went on recess and returned not to rule on the objection regarding the defects but rather to strike out the appeal without giving the legal team a chance to speak to that matter.

They, therefore, want the Supreme Court to quash this decision and restore all processes relating to the appeal.