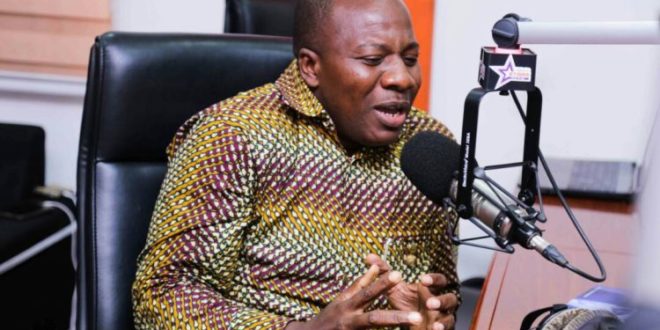 The Member of Parliament for Bawku, Mahama Ayariga has petitioned the Special Prosecutor to investigate alleged issues of “bribery and corruption and undue influence” during the congresses of the New Patriotic Party (NPP) to elect regional executives of the party.

“I write to draw your attention to widespread reports on the social media, which were equally discussed on the radio, that the offences of corruption, bribery, treating and undue influence did take place at the congresses of the New Patriotic Party (NPP) to elect regional executives of the NPP in all the regions of Ghana.

“Some candidates are reported to have confirmed some of the reports. These elections, which were by law public elections, were held under the auspices of the Electoral Commission (EC) of Ghana,” a statement by the Bawku MP to the Special Prosecutor stated.

The petition comes after widespread reports of inducements during the just ended congress the country to elect party officials.

The petition added “Senior Government officials who are members of the NPP were in attendance at these congresses. Regional and National level executives of the NPP who are “politically exposed persons” under section 79 of the Office of the Special Prosecutor Act, 2017 Act 959 were also present at these congresses. The Representation of the People Law, 1992 (PNDCL 284) has made bribery, treatment and undue influence in any public election offences.

“Bribery, treating and undue influence are clearly defined in sections 33, 34 and 35 of Law 284. Section 256 of the Criminal Code, 1960 (Act 29) also deals with corruption in relation to elections.