Home / GENERAL NEWS / ‘Baby Shot It Is A Fraudster’ 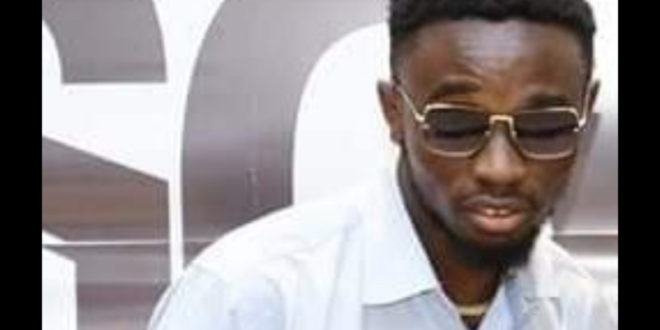 ‘Baby Shot It Is A Fraudster’

Management of ASKOF Productions, organizers of Ghana Outstanding Women’s Award (GOWA) have warned that corporate entities and individuals dealing with Dansoman-based photographer-Baby Shot It do so at their own peril.

To the organizers of GOWA, the alleged scammer approached them to act as the official photographer for just ended fifth anniversary edition of the awards gala at the Tang Palace Hotel in Accra on Saturday.

After the event, the organizers contacted the youthful photographer, who resides in Dansoman(Akoko Foto) for the pictures but he refused to release the pictures, stating in a telephone conversation that he will do so on condition that he receives full payment for an agreed amount of GHC1,000.

The organizers sensing danger sent part payment of C500 via mobile money, however the young photographer expecting a baby returned the cash to the organizers after few hours.

After several calls which he declined, the organizers succeeded in reaching out to his (Baby Shot It) heavily pregnant wife and father to talk to the photographer to send the pictures as agreed but, ironically, he responded the organizers with insults.

The organizers checks suggest that that has been his modus operandi, having duped organizers of Miss Galaxy and several others three years ago.

On Wednesday evening, he (Baby Shot It) instructed a neighbor the organizers met earlier in search of the culprit to call Team GOWA to come for the pictures.

Ironically, the organizers got to his residence only to be told that he will release the pictures on condition that the organizers increase the amount to GHC 1,500.

That stored the victims to contact the Dansoman Police Station where an officer (name withheld) accompanied the event organizers to the photographer’s house, but he went into hiding when the peace officer arrived at his residence.

Indications are that his action is motivated by a popular Accra-based television station, that are about rolling out a similar awards program.
“I can say for a fact that this is a calculated ploy to deny us our photos,” Mrs Afua Asantewaa O. Aduonum said.

She added, ” He pleaded with my team serveraly to act as our official photographer, but I didn’t respond to his plea until a day to the event. He requested for a rented lense which we
provided.

“After narrating the story to few members in the industry and individuals, they confirmed that, that has been his style. He comes in subtly, when you hand him the job, he messes you up eventually . He has done it to many couples on their wedding occasions.

“He is indeed a fraudster, and the public should be wary of such a treacherous character. ”

Previous VIDEO: The Full Tape of the Benkum Teacher-Student Affair
Next Aisha Huang gate: Akufo-Addo appointees who are ‘under pressure’ to resign