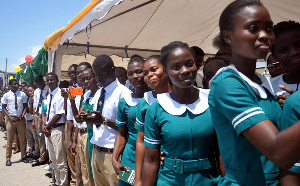 The Governing Board of the Presbyterian Nursing and Midwifery Training College at Bawku in the Upper East Region has debunked claims that the College has been partially shut down due to the insecurity in the town.

The Board says due to the insecurity in the Bawku municipality, the board decided to take measures to secure both fresh and continuous students and that does not mean the Training College has been shut as reported.

Media reports suggested that the school has partially been shut down and the final year students have been transferred to the Bolgatanga campus.

Reacting to the issues on 3FM’s Sunrise, hosted by Alfred Ocansey on Friday, March 25, the Chairperson of the Upper Presbytery, Rev James Kwame Awuni, who is also the Board Chairman of the Presbyterian and Nursing Midwifery Training College, explained that “we have not shut down the school as it has been talked about.

He explained that “the first-year students have been taken to the Bolgatanga campus to the study.”

“For the first years, because we had issued admission fresh, we did not know our students yet, so we needed to make sure they are secure so that the students would know that they have been admitted. We have never decided to relocate the school to Bolgatanga. We are thinking of the safety of the students.”

Rev. Awuni assured that the College would be opened if calm returns to Bawku because if the conflict still persists, it will not serve the purpose because the students would be insecure.

“Come Monday, we are going to have a board meeting again to jaw-jaw and see how we will be opening the second-year students. If we open Bawku and the conflict comes again, we will not be able to run the school again, but if we get assurance from the stakeholders in Bawku, then they can return.”

He said, “by the first week of April, we will consider reopening the school.”