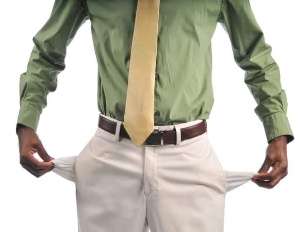 After a stressful workout in Paris and Monaco, Sir Wicknell had this conviction: “No matter how evil you all say money is, don’t ever think being broke is Holy.”

There are people among men whose thoughts are that once a person has taken his religious life at heart, he mustn’t feel perturbed when he’s submerging in the pool of poverty.

Towing down the line, we have seen that this is more or less porous and even murky to God’s decree.

At first, we would be told to be patient when poverty arises, but we misconstrued being patience as a sign of staying aloof from doing what is required of us to weather the storm.

You would see energetic men busily opening chapters of scriptures from cover to cover, but would never yearn for a trade, or go out fishing after calling unto their Lord.

Usually, people with this kind of mindset do term certain men of rectitude whose lifestyle are other way wealthier than theirs (those who think being broke is Holy) as “of-the-worldly-people”.

Perchance, or solely, for the reason that they didn’t or couldn’t climb to that great height.

These are men who have willfully absconded from all obvious business opportunities by resorting to the prayer centres without any attempt of striving to become financial giants.

And so lousily, they have grossly rebranded those men whose righteousness haven’t kept them away from working tediously for the goodness of this world as those exuding pomposity.

I do, very often ask, must serving God render one in poverty although I haven’t had any confusing rebuttal to this question, most of us plying on God’s path, always think that we must wallow in a low esteem, until heaven’s gate opens for us.

It isn’t always that we have to face atrocious situations anytime we fall in love with God. Even if that comes as a test, wouldn’t you rather overcome it?

Being a better-off person as a God fearing man is never forbidden. Unless your ways in times of opulence are affronts to that of God. If the scoundrels can live a better life, why can’t those who say they go with none but follow God’s statutes unconditionally?

Meanwhile, the God that we worship almost every day isn’t a broke God. He’s the one to whom all sources of wealth emerge. So it makes sense when one is overly rich while serving him, because he can’t live a worshipper broke.

Even so when that happens, it is surely for a purpose, and that doesn’t call for inactivity.

The fact that you are in God’s company doesn’t mean you should deliberately go broke by your own handiwork. That is why we were shown how to purposefully supplicate to our Lord in (Qur’an 2:201).

“And there are some among them who say, Our Lord! grant us good in this world and good in the hereafter, and save us from the chastisement of the fire”. This wouldn’t be versed, if living a richly life while serving God is abominable.

You are only deceiving yourself, if you think those making it big would fall short of the glory of God on the day of reckoning. No! A big no, of course.

So serve God, but never stay away from doing a business, because that is what makes you a responsible man.

Serving God is never an excuse for being broke. In fact, worshipping God or being righteous in times of riches is the best experience ever.