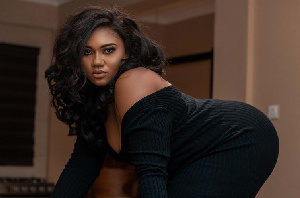 Abrantepa sits with his able panellists to discuss arts and entertainment-related issues that made headlines this week.

This episode of GhanaWeb TV’s Bloggers’ Forum focuses on a song theft allegation that has hit Kuami Eugene of Lynx Entertainment. Nigerian artiste Oduma Essan has sued Kuami Eugene over his song ‘Show Body’ as he alleges that the latter’s is a duplication of his original work.

He is requesting GH¢120,000 for damages for the cost of his video production, sound engineering, mixing and promotion of the song.

Lynx Entertainment boss Richie Mensah has however rubbished the allegations. He has blamed the media for the lawsuit.

“I want to give a shout out to the media houses and let you guys know that you are responsible for this. Because, the truth is that, when you don’t protect your child, you allow people to enter your house to attack them.”

“Kuami Eugene keeps getting attacked regularly because they have come to see that when you attack Kuami Eugene, you make news. He has talkability, so; people take advantage of that,” he said.

How justified is Richie?

As Amma Broni comes your way with the titbits dubbed ‘Nkommo Wo Ho’, two other issues are up for a discussion – Abena Korkor’s alleged affair with Eugene Osafo-Nkansah (Nkonkonsa) and Castro’s disappearance which clocks seven years on July 7.