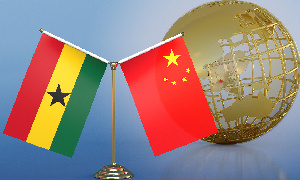 GIS has also confirmed that it only repatriates foreign nationals involved in illegal small-scale mining, galamsey, explaining that it does not deport such offenders.

The GIS said contrary to reports about having undertaken deportations, it rather undertook repatriations that affected some 966 Chinese nationals involved in galamsey between 2012 and 2016.

Head of Public Relations at the Service, Supt Michael Amoako-Atta told Accra-based Asaase Radio on September 13 that: “When it comes to the removal of citizens from Ghana, especially in relations to illegal mining, we do not have deportation on our records.

“We have repatriation of nationals involved in illegal mining and they are removed from the country [but] for deportation there’s nothing like that. [And] between 2012 and 2016 we had 966 Chinese nationals who were repatriated from Ghana…” Amoako Atta said. His comments come on the back of a recent claim by former president John Dramani Mahama to the effect that his administration deported about 5,000 Chinese nationals engaged in galamsey. “When I was in office, I faced this same illegal gold mining [issue]. I deported almost 5,000 illegal Chinese miners. I didn’t say because of the good relations we have with Ghana; we should allow them to engage in this illicit activity. We collaborated with the Chinese embassy, and it didn’t destroy our relationship.”

The PRO explained, however, that in 2013, some 4,000 Chinee nationals had requested to voluntarily return home, which the Service ensured was done.

“… But in 2013 the Ghana Immigration Service conducted a number of operations and around that time we had 4000 Chinese nationals who voluntarily asked to be returned to China.

“So they were not repatriated but [decided to go back] on their own because of the operations we were undertaking in the mining areas. So this is different from the 966 repatriations.”