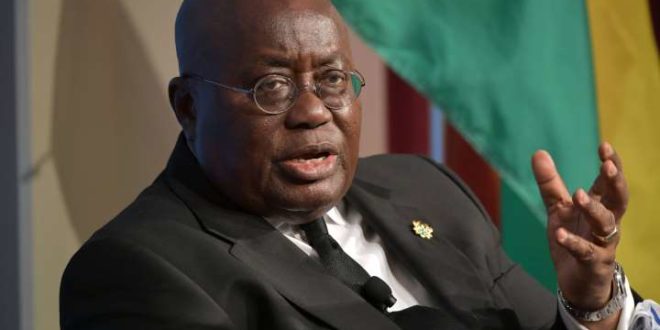 A former New Patriotic Party (NPP) Member of Parliament(MP) for Ejisu and aspiring regional chairman, Owusu Aduomi has said emphatically that he cannot defend the President, Nana Addo Dankwa Akufo-Addo’s campaign promise ahead of the 2016 general elections to the effect Ghana was sitting on a goldmine.

According to him, it’s only fair that the president defends his own statements as was captured in a video that went viral at the time

On Oyerepa television in Kumasi monitored by MyNewsGh.com, the Regional Chairman hopeful told the host of the show “You’ll do me no good by asking me to defend statements and comments I didn’t make.

“It’s Akufo-Addo who said Ghanaians are starving and there abundance of money, I didn’t say that. And so let him defend that when you meet him. I can’t do that for him. Of course, there’s enough money in the country but it’s about how you manage it, he said emphatically”, he disclosed

Speaking on the economy, the former MP said he has no basis to defend the economy and can only leave the ‘country’s economic managers.

“I’m not an economist so I can’t defend that. On what basis will I even the economic situation in the country.?

If you’re talking about the current hardship in the country, then I’ll say yes, I hear people complain every day. We all feel the pains of hardship. However, if the economists claim they’ve managed the economy well, that’s up to them. But for Kofi Job, I won’t even survive, he added.

It was the first media appearance for Mr Owusu Aduomi since he declared intentions to contest the chairmanship race in the Ashanti.

The leadership of the NPP is yet to set an official date for the polls at the polling station level through to the National level and later elect the party’s flagbearer for the 2024 elections.