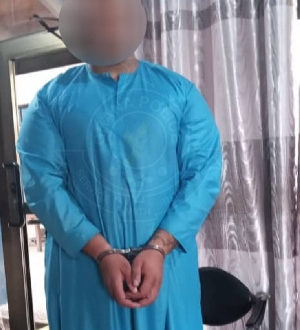 An Accra Circuit Court has remanded the Lebanese national, who threatened to slit the throat of a Ghanaian on the streets of Osu, into police custody for eight days.

The suspect, Osman Brustani was arrested on Wednesday, April 13, 2022, and was arraigned at the Accra Circuit Court on Thursday, April 14, where he was subsequently remanded.

Mr. Osman Brustani was captured in a widely circulated video on social media in which he was seen wielding a sword from a sheath and was screaming, “come out, come out, I will cut your neck.”

The police thus pursued him and arrested him after they had earlier stated in a Twitter post on Tuesday, April 13, 2022, that “this viral video has come to our attention and we are working on it.”

The Lebanese Embassy in Ghana also indicated in a Facebook post that, “we reject all forms of violence and intimidation, as well as anyone who does not treat the people of the host country with respect and in accordance with applicable laws.”

Previous COCOBOD to hand over rehabilitated Cocoa farms to farmers
Next Suarez killed us, he killed Africa’s dream in South Africa – Andre Ayew on handball incident