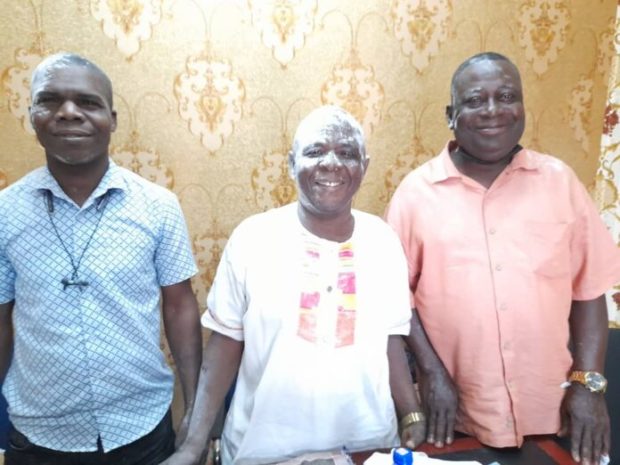 The Koforidua High Court has awarded a Ghc40,000 punitive damage against a former Treasurer of Peace PROTOA Transport Union in Koforidua Kofi Sogah for maliciously labelling the Chairman of the union, Yaw Adogo, as “jujuman”.

Additionally, the court also awarded Ghc10,000 against the former treasurer to pay as legal cost to the plaintiff.

The 18-page judgement on the defamatory suit delivered by the Justice of the High Court Nana Yaw Gyamfi Frimpong also restrained the defendant, his privies agents, servants and others from further publication of the defamatory words about the plaintiff especially interfering with his right as member and chairman of the Association.

“The defendant is to ensure that there is no further publication of the defamatory words about the plaintiff on any radio station, the internet, or any platform in the social media,” the Court ordered .

The Chairman of Peace PROTOA in Koforidua ,Yaw Adogo filed the defamatory suit against the former treasurer for stating at a press conference that “Yaw Adogo is a killer,he has been using juju to kill out members .He also punishes members by letting them kneel down and he has been slapping members. He threatens members .Anytime there is an election ,he threatens that anyone who contests him will die and indeed has killed several members who have dated to contest him”.

The incident was covered by Starrfm.com.gh on November 15,2019 as part of continues coverage of chaos at Peace PROTOA office over alleged misappropriation of the union funds which the Chairman was subsequently suspended but later reinstated by the National Executives and confirmed by an order of the High Court on November 4,2019 which effectively restored the Chairman to his position.

However then treasurer Joshua Kofi Sogah ,who is defendant in this case, and had been in the position for 15 years was not happy with the decision hence hurriedly held press conference to state that the plaintiff had been sacked as chairman, that, he had been using juju at the PROTOA office to torment members as a result has occupied the position for over 21 years .

This was published on Starr FM with caption “Confusion at PROTOA , Chairman sacked over Juju”.

The Plaintiff stated in his writ of summon and statement of claims that, these malicious claims have drastically reduced his envied reputation and had lowered him in the eyes of right thinking members of society ,his work place ,and the Community in which he lives into dishonour ,disrespect ,contempt and reproach .He also said , it has denied him the opportunity of being a chief in his hometown, Havie in the Volta Region, and also denied him opportunity to be made Elder in Assemblies of God Church which he is a member.

During the trial the defendant failed to provide any tangible evidence to back his claims that, the Plaintiff is a jujuman and has killed several people despite relying on his claims, that the Plaintiff has been boasting of being a powerful jujuman, and the fact that has been reciting incantations in Ewe such as “Ezevor danuagbamesueooo ” to wit ” the plate cannot contain all the food prepared in the evil pot” .

Even though the plaintiff admitted he usually sung the song it had nothing to do with incantations or juju spell ,that, he uses “Evivor” which means a bad child not “Ezevor” as claimed by the defendant.

He said the appellation was sung to him when he was a child because he ate all food he cooked without giving some to anyone or leaving some in the pot in which he cooked the food.

Delivering the judgement, the Judge said Peace PROTOA has several cases in the courts ,some of which have been disposed off whilst others are still pending, some at the instances of Plaintiff and other members .

He said in one of the cases the court ordered some members to execute bonds to be of good behavior yet none of the members took to the press and social media to utter such defamatory words about anybody.

The judge said before trial began ,the court impressed on the parties to settle the case out of court .But defendant did not show any remorse , failed to retract and apologize to the plaintiff about his defamatory utterance .