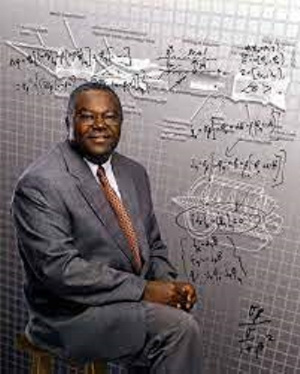 Celebrated Ghanaian-born Aerospace engineer, scientist, and inventor, Dr. Isaiah Blankson who became synonymous with the American Space Programme, and earned the accolade of SPEED DEMON, in his thirty-three-year career at National Aeronautics and Space Administration(NASA), has passed on.

Dr. Blankson left an indelible mark at NASA as a History Maker for his inventions and outstanding performance in calculating the speed of spaceships for over thirty years, a critical component of space exploration.

It is worthy to note that his latest invention of the water purification system was published barely four months ago.

The man from Ghana also served as United States national delegate to the NATO Research and Technology Organisation’s Working Group on Hypersonic Vehicle Technology which was a rare achievement. He was also very fluent in the Russian language.

Born in Cape Coast on September 28, 1944, Dr. Blankson had his secondary education at Mfantsipim school where he excelled in the 1964 GCE Advanced Level Examination scoring four A’s, the best in West Africa.

Raised in a family of intellectuals imbued with what I call the DHH (Discipline, Honesty, and Humility), the unassuming genius will be remembered for his exceptional academic record, an enormous contribution to America’s Space Programme and his inventions which have benefited all mankind.

Great men die but their achievements live forever. May his soul rest in peace.