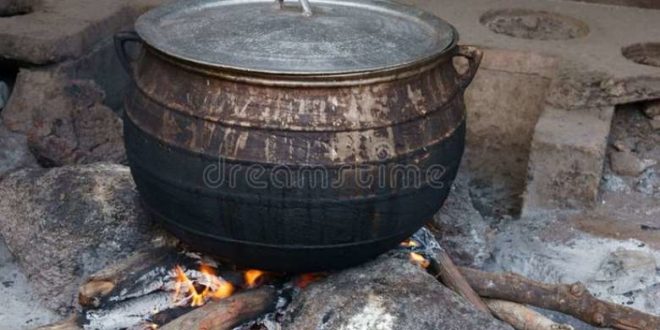 Michael Tetteh, a driver’s mate has been sentenced to 16-months imprisonment by an Adentan Circuit Court for stealing 10 artisanal pots locally called ‘dadesen’ belonging to Oyarifa Presbyterian School at Oyarifa in the Greater Accra Region.

Tetteh, aged 25, is said to have caused damage to the school kitchen wall and entered the kitchen where he made away with the pots valued GHS2,000.

He pleaded guilty with explanation, but the Court presided over by Mrs Sedinam Awo Balokah held the accused plea, confirming his guilt.

Prosecuting Police Chief Inspector Maxwell Lanyo, said the complainant was a taxi driver who worked at Oyarifa and its environs. Tetteh is a driver’s mate residing at Oyarifa.

Chief Inspector Lanyo said on June 28, 2022, at about 5:00am whiles the complainant was working with his taxi, he spotted Tetteh stopping a taxi to transport the artisan pots.

Prosecution said the complainant sustained injuries and he reported the matter to the Police.

The prosecutor said on June 30, 2022, the owner of the pots came to the Police station and identified the pots.

It said the owner of the pots indicated to the Police that they were stolen from Oyarifa Presby School and the one who stole the pots broke into the school’s kitchen and stole the items.

According to prosecution, Police visited the scene and found the kitchen damaged, and pictures were taken for evidential purposes. During interrogation, Tetteh admitted the offence.

Previous VIDEO: Kofi Adomah cries as wife storms Angel FM to surprise him on his birthday
Next I Don’t Like Short Men – MzVee Reveals