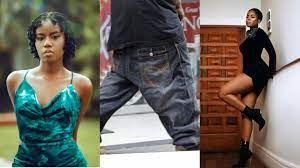 Award Winning Ghanaian female songstress, Vera Hamenoo-Kpeda, popularly known in showbiz as MzVee, has decided to help potential suitors with what she desires in a man.
The 30-year-old musician made a tall list of things she except from her future husband.

Speaking in an interview with Ghanaian entertainment journalist Sammy Kay, in which she described her ideal man as hardworking, Christian, handsome, not overly wealthy but financially secure among others.

“I love men who are hardworking, Christian, handsome, not too rich but financially stable, and above all simple man,” she illustrated.

She continues, “I don’t want any man who is short in height or dresses like a gangster.”

Prior to Mzvee’s birthday celebration last month, on June 23, she revealed that she sometimes becomes worried that at her age she is still single.

She further asserted that the situation gets worse when her mom calls her every day, reminding her of the previous promises she made to her (the mother) concerning when she would get married, which never happened.

“I never knew it will get to this point where when I post a picture someone can comment, you, be there don’t go and get married.

So not pressure from the fans or people on social media alone but even personally that unconscious pressure that I never thought I will have,” she said on Accra-based Hitz FM’s Daybreak Hitz show.

Previous Driver’s mate jailed 16 months for stealing school’s artisanal pots
Next Revealed: Why Fada Dickson kept the death of a UTV worker in the dark