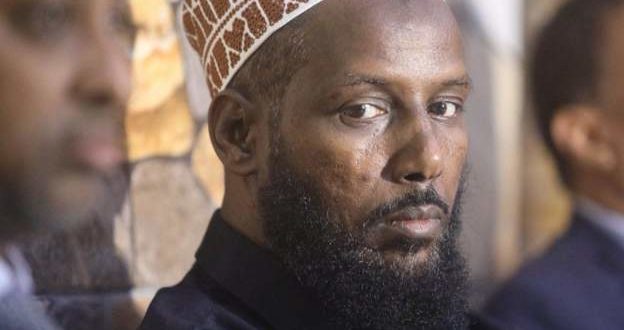 A former deputy leader and spokesperson of Somali militant group al-Shabab has been appointed as a government minister.

Mukhtar Robow has been chosen as the religious affairs minister in Somalia’s new cabinet.

He had been under house arrest for four years after being detained during the term of the previous president for organising a militia group. He was also accused of not abandoning extremism.

More than 20 people were killed when violence erupted after his arrest.

He had split from al-Shabab in 2015 citing ideological differences and formed his own militant group.

At one time, the US had his name on its list of people wanted for acts of terror. It offered $5m (£4m) for his capture, but that was dropped in 2017.

His appointment as religious affairs minister could mean a declaration of an ideological war against al-Shabab.

But others see it as a way to cover up crimes committed while he was part of the al-Qaida affiliated group.

Al-Shabab, which is opposed to the internationally backed federal government, carries out frequent attacks in Somalia. It has also targeted neighbouring countries.

Previous Ayman al-Zawahiri: Al-Qaeda leader killed in US drone strike
Next Video capturing the moment the mad woman stoned the Youngman to death at circle