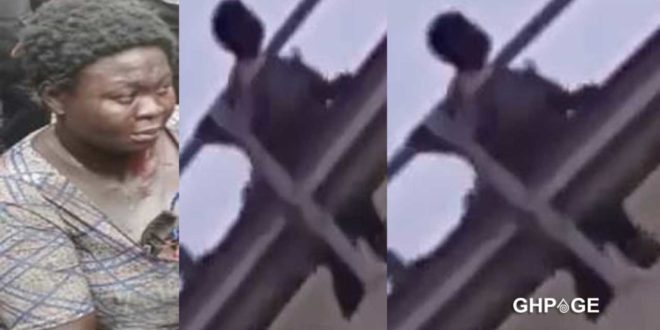 The video of the moment a mentally challenged woman stoned an unidentified young man to death at Kwame Nkrumah Circle in broad daylight at the full glare of passers-by has popped up.

As seen in the video, the deranged woman picked up a stone and hit the young man several times until he was left unconscious with blood oozing from his body till he drew his last breath.

One could not tell what lead the mentally unstable woman to end the life of the man. An eyewitness reports, that she hit some moving vehicles that were using the circle overhead road close to the “trotro” stations, breaking their windshields.

Not only that, she scared others in addition to the young man. This made people who were at the scene willing to save the situation and the young man not dare get close. Watch the video below;