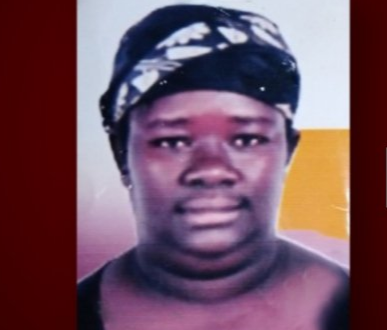 Family of woman who died of Covid-19 rejects report

The family of a woman who tested positive for Covid-19 in the Bekwai Municipality of the Ashanti Region has rejected laboratory result that she died of the disease.

Relatives are discounting claims that the Ahwiren-based food vendor who died less than 24-hours after being admitted at the Kortwia Adventist Hospital ever carried coronavirus.

Akua Fremah, affectionately called Eno Akua has been taking care of her 12-month old grandson after the passing of her mother on June 25, 2020.

The baby’s six other siblings also live with Eno Akua.

Their mother, Racheal Adu-Gyamfi, 37 died less than 24-hours after being admitted at that hospital for showing symptoms including breathing difficulty, vomiting and diarrhoea.

“Even securing an IV[intravenous] line was a problem and given the history that there were profuse vomiting and diarrhoea.

She actually came in with what we call Hypovolemic shock [a life-threatening condition that results when you lose more than 20 per cent of your body’s blood or fluid supply].

“The patient was also breathless and so she has become oxygen-dependent and we have to give intranasal oxygen. Before I came in, one of the team members had requested the patient be tested for Covid-19,” says Dr Michael Boafo Annku, a Medical Officer at the facility who took care of the deceased.

“She was actually even responding well to treatment. She was doing better than at about 10 p.m, she became breathless again whilst on oxygen and all of a sudden, the oxygen saturation dropped and had resuscitation and unfortunately, the patient died,” Dr Annku added.

For over a month now, the family has been up in arms against authorities at the Akomaa Memorial Adventist Hospital at Kortwia near Bekwai over what killed the mother of the kids.

Her scheduled funeral was postponed after laboratory results confirmed she died of Covid-19.

But the family, led by mother of the deceased will have none of that as they accused the hospital of cover-up.

“Yaw Boateng, a relative who works at the hospital told us the doctor who took care of her, Dr Annku denied my daughter died of Covid-19. The administrator insists he will not release the body to us,” she said.

How could he deny us when the doctor has cleared the body of Covid?

He claims the hospital has a confirmed report after samples were taken for days,” says Madam Akua Fremah.

“They are doing all these because they say I’m poor. They claim Covid-19 killed my daughter because they know I’m poor. Until they remove that tag or do an autopsy, I will not accept their claims.”

The news team  met Dr.  Michael Boafo Annku, a Medical Officer who took care of the deceased at the facility. He denied the allegations.

“On the cause of death certificate which has been given to the husband of the deceased, it is Hypovolemic shock from gastroenteritis as a result of Covid-19.”

Mother of the deceased, Eno Akua wants independent autopsy to establish the cause of death.

“I don’t believe the claims because of what the administrator,” said.

“The doctor who took care of her did not state Covid-19 as the cause of death Neither did I trust the Municipal Health directorate at Bekwai,” she said.

“How on earth will you demand that I sew PPE for 7 people that will supervise the burial of my daughter at a cost of ¢700 on top of providing food for them?

“When in reality it is a government that takes care of hospital bills and burial cost of all Covid-19 victims,” Madam Akua Fremah added.

Meanwhile, the Bekwai Municipal Health Directorate says the hospital did no wrong.

Municipal Health Director, Clement Nti-Boateng says his outfit will meet the family to resolve the impasse.

This is not the first time a family has doubted Coronavirus status of a relative.