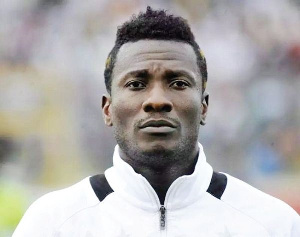 For most footballers, their trade precedes them. They are easily known and recognized by their actions on the field. However, some are known more for their off-field actions than what they exhibit on the field.

Whereas they may have incredible footballing careers, they may conduct themselves in certain ways which become the point of reference for them every time.

GhanaWeb highlights five Ghanaian footballers who had their careers consumed by controversies.

At the club side, Kevin-Boateng has faced several disciplinary issues with his clubs. At AC Milan he was once fined US$100,000 for visiting a club a night before a match.

There is no doubt about Asamoah Gyan’s legendary status. The greatest goal-scorer in Black Stars history has many issues for which he is remembered, sometimes more than the numerous goals he scored for the country.

On the field, Gyan’s threat to prematurely retire from the Black Stars in 2008, his decision not to take penalties for Ghana and the circumstance surrounding his captaincy of the Black Stars are some of the major issues he has faced. The biggest though is the penalty miss at the 2010 World Cup.

The attack on a journalist by some associates of his, the divorce of his wife, his fight with a tennis player and the unfortunate missing of musician Castro are some of the issues Gyan got entangled in away from the pitch.

The ‘Humble Lion’ was anything but humble in his playing days. Dong Bortey was noted to be a hot-headed player who never passed on a chance to air his views.

His lifestyle made him clash with several Hearts of Oak personalities and supporters.

In March 2012, Dong Bortey was handed a one-year ban for assaulting a referee whiles on the books of Aduana.

Sulley is a member of the golden generation of Ghana football and he is loved for his commitment and dedication whenever on the field.

That notwithstanding, the former Inter Milan midfielder has been caught in a few controversies of his own.

Sulley Muntari is reported to have slapped a management committee member of the Ghana Football Association in Brazil during the 2014 World Cup which led to his sacking from the team. Muntari was also nearly sacked from the Black Stars camp in 2010.

According to those who watched him, Robert Mensah was an eccentric character. Just as his talent was ‘unusual’, he was an aberrant person.

Robert Mensah was allegedly known to love a puff and could threaten pulling out of Black Stars games due to the absence of Indian hemp.

He was at the centre of some controversies at both Kotoko and the Black Stars. The controversial nature of his unfortunate death is a testament to the eccentricity of the man Robert Mensah.