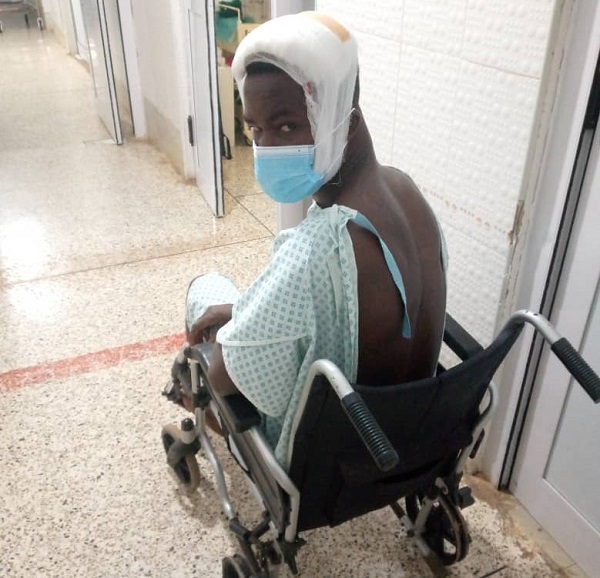 A 27-year-old Mobile money vendor at Assin Nyankomase in the Central Region, Akwesi Baah has been hospitalized after armed robbers attacked and shot him.

Information gathered indicates that he was attacked on his way home after he had closed from work on Monday, February 14, around 8:30 PM.

The victim is said to have struggled with the mask-wearing robber when the latter attempted to whisk away his bag containing cash.

The robber subsequently shot the victim in the head and made away with an undisclosed amount of money.

The victim was rushed to the hospital where he’s receiving treatment.

The case has been reported to the Police for investigation.