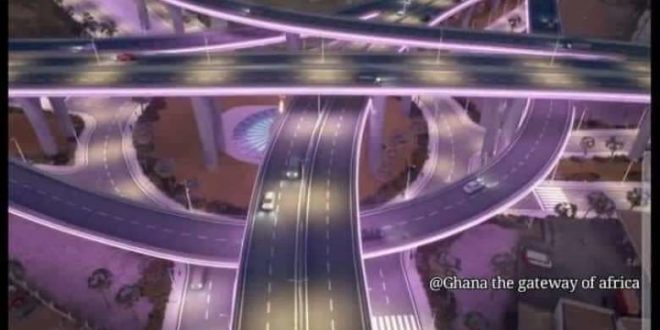 The vice President of the Republic of Ghana Dr Mahamadu Bawumia has disclosed that construction of the four-tier Suame Interchange in Kumasi will begin in September 2022.

The much anticipated project according to him is in fulfillment to a promised made by the New Patriotic Party NPP to residents of the Ashanti Region some time ago.

Dr Bawumia said this on Monday August 1, 2022, when he commissioned the 100 kilometres Kumasi Inner City Ring Road and Adjacent Streets Project at Kentinkrono in the Ashanti Region.

The revelation by the vice president follows the approval of the loan facility for the Suame project by parliament.

Parliament on Wednesday (July 27, 2022) approved a loan agreement for the construction of a 4-tier interchange at Suame roundabout in Kumasi.

The agreement is between the Government of Ghana (GoG) and Deutsche Bank S.A.E.

It is to finance the design and construction of the Phase One of the Suame Interchange and Ancillary Works Project in Kumasi.

The total amount of of the loan approved is €156.4million.

The loan agreement between the Government of Ghana (GoG) and the Deutche Bank S.A.E was in two folds

It is expected to be completed within a period of 36 months from the commencement date in September 2022.

Dr Bawumia explained that, the project is to convert the Suame roundabout into a four tier interchange to ensure the free flow of traffic within the area and help reduce travelling time.