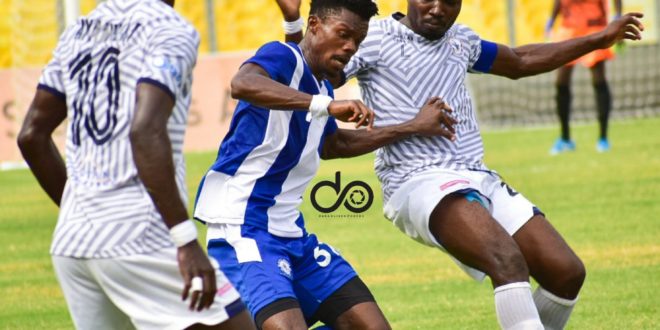 The association said this is to make more time for the Black Stars to prepare well for the upcoming Africa Cup of Nations qualifiers against South Africa and Sao Tome and Principe later this month.

The squad in camp preparing for the two games is dominated by local players, as foreign-based players are yet to join the team.

“The decision is to give handlers of the Black Stars ample time to prepare for the two remaining [2021] Africa Cup of Nations qualifiers against South Africa and Sao Tome and Principe.”

The Ghana Premier League has been on break since Sunday, March 6, 2021, after the first round.

The GFA has also moved the outstanding game between Asante Kotoko and Bechem United to a further date.

“Stakeholders are also to take note that the outstanding game between Asante Kotoko SC and Bechem United FC originally scheduled for Wednesday, March 24, 2021 will now be played on Wednesday, April 7, 2021.”

The Black Stars will play South Africa on March 25 away and Sao Tome three days later in Ghana in the last two games of the AFCON qualifiers.