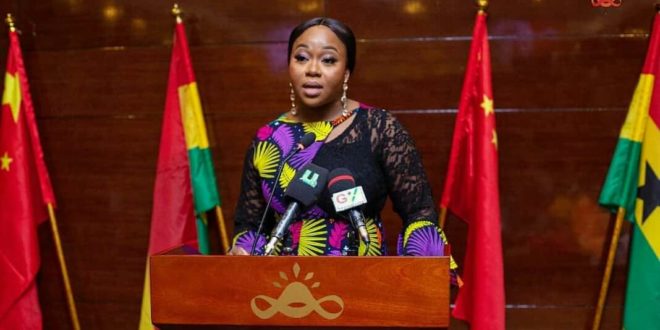 A Leading giant in the agriculture, Torchbearer International Agricultural Science and Technology (TIAST) Group, at the occasion which have slated and to conservancy the International Women’s Day and to encouraged more participatory of women’s in cassava production, processing and export to the international market.
Speaking at a conference in Accra last Monday, on the theme, ‘Empowering Women through Financial and Technological Support for Cassava Processing,” Business Development Executive, Ms Irene Sackey
“ It is International Women’s day, and | do not see a better way to celebrate this than to give the opportunity to women to be a part of a life changing project,”
It is amazing to be a woman, and it is amazing to be a citizen of this country blessed with many resources like gold, cocoa, arable land, and many other mineral resources.
TIAST which signed a Memorandum of Understanding (MOU) with Stanbic Bank Ghana Limited in September 2020 to give real meaning to value addition in Ghana’s agricultural sector specifically in Cassava production and processing  has been waging a robust campaign to whip up interest of Ghanaian farmers in cassava processing.
According to her, it is also sad that for years now women have been marginalised in many areas. In agriculture, women mostly engage in small scale farming due to some challenges which include insufficient funds to take on large projects.
The second problem is inadequate technology to boost  production in many parts of the country as  the traditional way, producing and selling our fresh tomatoes, cassava, yam and raw products when we can make so much more money selling processed goods like cassava starch, tomato paste which can generate more revenue
The third challenge is the difficulty in finding a ready market for their  produce, as  many farmers plant in faith, hoping that someone will buy after they harvest, but with no assurance of a ready market.
Meanwhile the Director, Women in Agricultural Development (WIAD) Directorate at the Ministry of Food and Agriculture (MoFA), Mrs Paulina Addy, she reiterated that efforts of women in agriculture and encouraged them to remain resolute in spite of the challenges.
According to her, there’s need for women engaged in agriculture to be able to know their markets more adequately through research.
“Women’s involved need to know your market, its size, the frequency in which your produce will be in demand, this is very crucial, since it will be an embodiment of what we call the business plans because it must capture every detail; once you present the plan to the financiers they will do the analysis and give you the nod or otherwise,” she explained.
She pointed out that cassava had changed override, from “the poor man’s crop to now an industrialised item. It can be grown  in all 16 regions but two regions  and other parts.
Source: thepressradio.com/ Joseph Nana Yaw Cobbina
AGRICULTURE IN WOMEN 2021-03-14
admin
Share