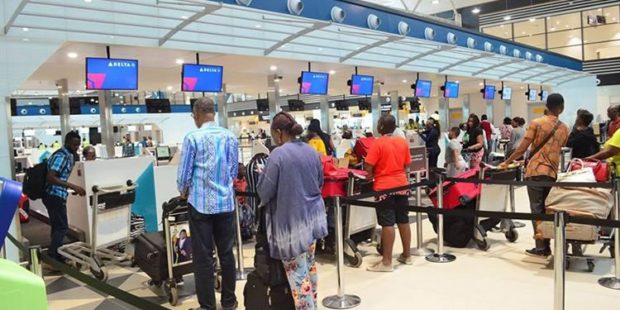 The Ghana Airport Company Limited has stated that it is investigating an incident of an alleged case of some disturbances that happened at the Kotoka International Airport in the early hours of Tuesday, December 28, 2021.

According to a December 29, 2021 statement, the GACL said it sighted an unattended to bag at the arrival hall of Terminal, prompting the management to call in experts to come and defuse the situation.

“Management of Ghana Airports Company Limited (GACL) can confirm that on Tuesday, December 28, 2021, at around 9pm, an unattended bag was sighted at the arrival hall of Terminal 3, Kotoka International Airport.

“The Base Ammunition Depot Unit of the Ghana Armed Forces was immediately brought in to conduct preliminary assessment of the bag and its contents. The bag was subsequently taken away for further investigations, the outcome of which will be made public,” the statement said in part.

Earlier, several users on Twitter had shared a video showing what was claimed to have been a suspected bomb detonation at the airport.

“We’ve been asked to get down on the ground cause of a bomb alert then a bomb went off,” a caption on a video shared by @DeezyGlo with the KIA location turned on the video, said.

Another tweet, sharing a video from another angle on the same happening at the airport, had a caption that read, “Kmt the airport is on lockdown lol I can’t make this up. Btw my flight landed 4hours ago.” 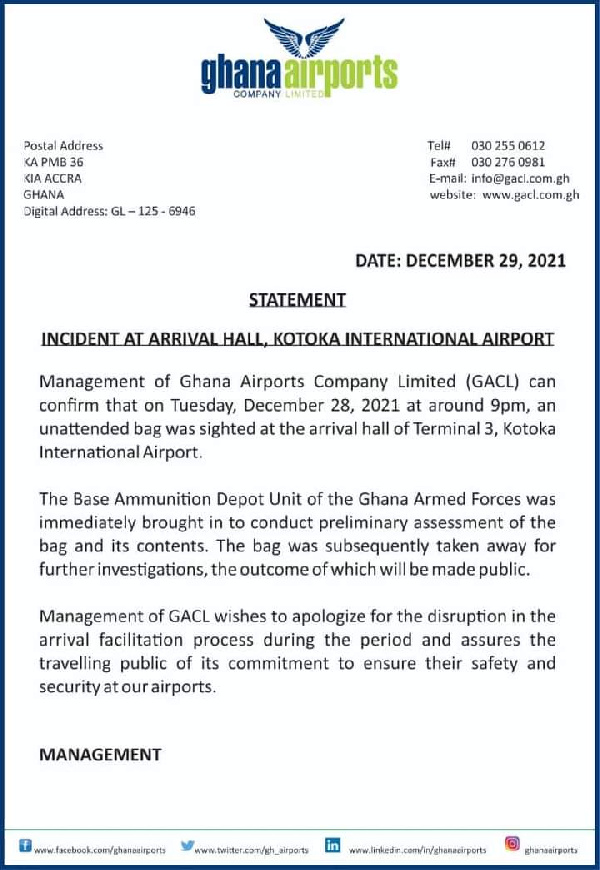 Source: www.ghanaweb.com
Related Topics:GHANAKOTOKA
Up Next