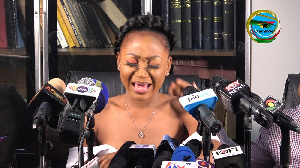 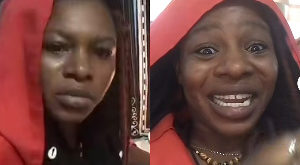 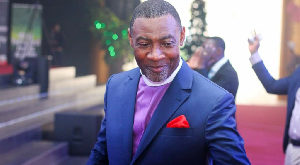 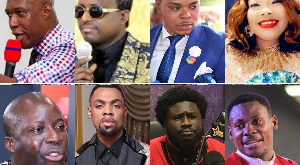 Ghanaian video vixen who was recently released from prison, Akuapem Poloo, has shared her two weeks’ prison experience for the first time during an interview with Captain Smart on ONUA TV.

As alleged by Akuapem Poloo, she was served banku with groundnut soup that contained no fish or meat but rather insects.

She claimed during the interview that she didn’t want to eat the “trash food” but was coerced by the prison officers to eat it like that since there’s no other food available.

The mother of one who has severely suffered in the grips of the laws concerning nudity in the country narrated that she was forced to remove all of her clothes.

And additionally asked to kneel and push her vagina muscles so that the officer on duty could certify she had no illegal substances or weapons on her the first day she entered the prison yard.

Check out the video below to know more:

The mother-of-one was sentenced to jail for 90 days by an Accra Circuit Court on April 16 after she was convicted on her plea on charges of posting a nude picture of herself and her son on social media.

On Friday, December 17, 2021, Akuapem Poloo paid a GH¢12,000 fine which was imposed on her by the Court of Appeal in Accra after overturning her custodial sentence.

She, however, filed an appeal seeking to overturn the ruling, but the application was dismissed by the Accra High Court on December 1, 2021. 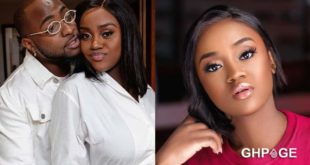