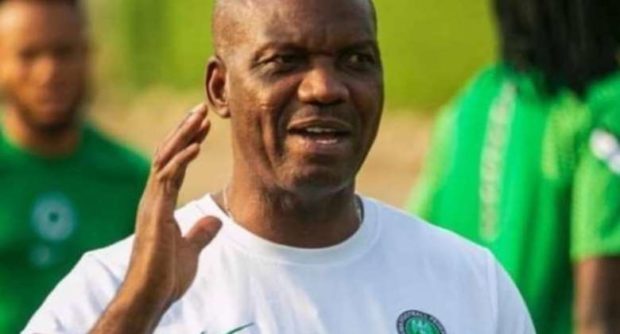 The Head Coach of the Super Green Eagles, Augustine Eguavoen has praised the Black Stars for putting up a vintage performance in the first leg of the World Cup playoff between Ghana and Nigeria in Kumasi.

He said his team was determined to qualify for the World Cup in Abuja on Tuesday but admitted that the Black Stars were not pushovers who could easily be brushed aside.

Briefing the media during the post-match press conference in Kumasi, Coach Eguavoen said Nigeria had to play above themselves to secure qualification in the return encounter.

“Ghana is a very good team known for ball circulation and I would say physically not too strong, but we were surprised today they were physically strong, and we had to respond on that one,” he admitted.

He said he was confident of qualification for Nigeria and would deploy the needed tactics to defeat the Black Stars at home.

“We wanted to win here but we could not and settled for a draw which means our ambition is still on course,” he told the media.

He said Ghana enjoyed early dominance and his team did not react quickly, saying that he would work on that ahead of the crucial return leg.

He applauded his players for their fighting spirit and adherence to tactical instructions and underlined the need to do more to overcome the Black Stars back home.

Coach Otto Addo said Ghana was not leaving anything to chance and that the team was going to Abuja with a winning mentality, adding that the pressure would be on Nigeria because any away goal could hurt their chances.

He said the results did not change anything and that Ghana’s chances of qualifying remained intact despite drawing at home.