Home / POLITICS / Ghana has a President not a leader – Manasseh 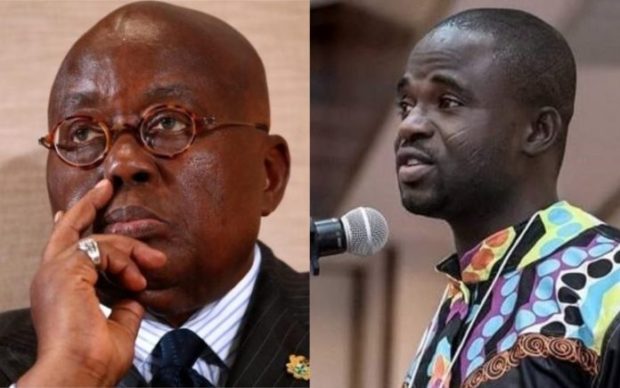 Ghana has a President not a leader – Manasseh

Ace investigative journalist Manasseh Azure Awuni has expressed concern Ghana is yet to have a leader after Osagyefo Dr Kwame Nkrumah.

He stressed that the current situation is that there is a President but not a leader for the nation.

“As we sit here, we have a president. We don’t have a leader.”

Joining discussions on The Keypoints on TV3/3FM on Saturday, January 8 as the past year is reviewed, the Managing Editor of the Fourth Estate said a leader like the Inspector-General of Police is what the country needs.

He heaped glowing tributes on the appointment of Dr George Akuffo Dampare as one of the high moments of 2021.

“The [Ghana] Police Service was one institution that people didn’t believe in but Dr Dampare has changed the narrative,” he noted.

He observed that the integrity of the police has soared since Dr Dampare took over the helms of affairs, adding that enforcement of the law has not been limited to the lowly but politicians and Members of Parliament as well.

“Report a case and the next minute you are arrested. That kind of leadership gives Ghana hope.”

For him, such a leader at the Jubilee House is what Ghana needs.

The former Multimedia Group journalist was also of high praise for the social media movement #FixTheCountry, claiming that the social media campaign shook the very foundation of the top guns in government to the extent that the Finance Minister, Ken Ofori-Atta, unusually held a press conference on a Sunday to address concerns raised by the youth.

He was, however, unhappy with the murder of one of the activists, Macho Kaaka, in Ejura and the “questionable” arrest of his brother by the police for the incident.

Previous The Psychology Of False Prophets In God’s House-Know Them And Decide
Next A/R: Kumasi Children’s Park now dumpsite for dead bodies, haven for criminals – Assemblyman