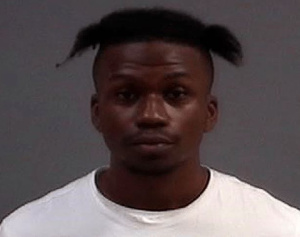 A Ghanaian at the Virginia State University(VSU) in the United States of America (USA) has been caged for his involvement in the murder of a colleague.

The Police were called upon December 5, shortly before 8 p.m to University Apartments at Ettrick.

Daniel N. Wharton, 19 was rushed to the hospital but was declared dead upon arrival.

Isaac K. Amissah Jr. turned himself into the Police.

21-year-old Isaac K. Amissah Jr. has been charged with murder and the use of a firearm in the commission of a felony and is currently being held in prison without a bond.

Source: mynewsgh.com
Related Topics:arrestedGHANAIAN
Up Next