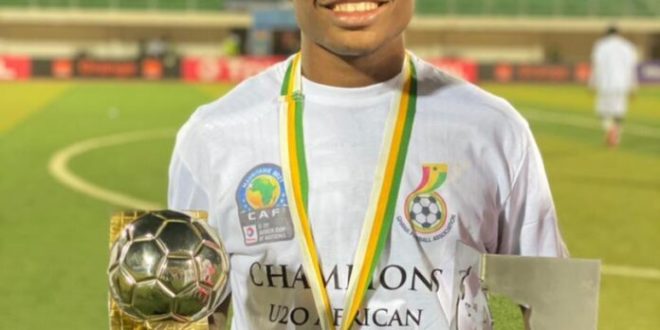 Ghana’s sensational midfielder Abdul Fatawu Issahaku has been chosen as Player of the Tournament after Ghana’s triumphant display at the just-ended U20 AFCON in Mauritania.

The sensational player who plays for Steadfast FC was named the player of the tournament after scoring two goals in 6 games for Ghana.

Fatawu, 16 years beat off competition from Uganda’s Derrick Kakooza who was also gunning for the title after bagging 5 goals in the tournament.

His stupendous display in midfield pushed Ghana to the trophy which was last won in 2009.