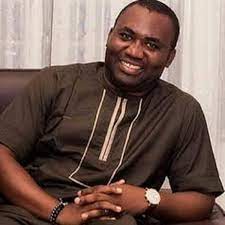 A Planning lecturer at the Department of Planning at the Kwame Nkrumah University of Science and Technology (KNUST), Dr. Stephen Takyi, has opined that Ghana’s law on dual citizenship has outlived its purpose adding that the law must be repealed.

He said the law, if not reviewed, it will affect the good leadership of the country as dual citizenship holders may be discouraged to offer their expertise to help develop the country for the fear of being prosecuted.

Situating his argument to the Black Stars’ qualification to the World Cup in Qatar, he said the issue of dual citizenship was not at play and believed that the same should also be applied in looking for Ghanaians who capable in the development of the country.

He was reacting to the Supreme Court ruling on Wednesday that restrained the Assin North MP, Hon James Gyakye Quayson from holding himself as a Member of Parliament.

This decision was taken in a petition brought before the Supreme Court by Michael Ankomah-Nimfa, a resident of Assin Bereku in the Central Region.

Mr. Ankomah-Ninfa is challenging the eligibility of Mr. Quayson as the MP for Assin North following allegations that he held dual citizenship prior to contesting the MP position.

“When Ghana was looking for people abroad to play for the national football team, the Black Stars, for world cup qualifier against the Nigerians, they never took into consideration the aspect of dual citizenship, all that mattered was a person who has the quality and ability to help Ghana qualify for Qatar. Why can’t we do same on leadership positions for persons who have the expertise,” he quizzed.