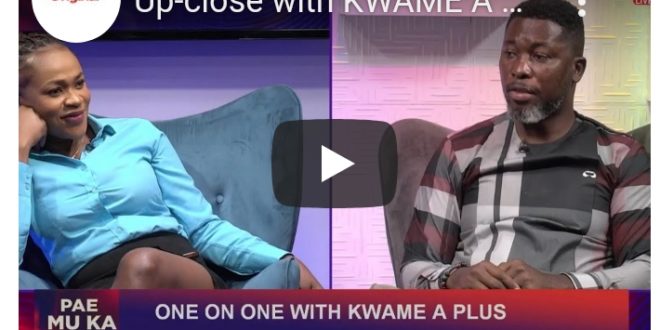 According to him, Gifty Anti, after her three days royal wedding later had to adopt the name ‘Oheneyere’ to writ the ‘cheif’s wife’.

Speaking on ‘Pae Mu Ka’ show on Original TV, the leader of The People’s Project, TPP, noted that, women who lack men in their lives are the ones going about claiming to be feminist and creating all negative thoughts in the minds of young girls.

“There are some women who will not get husbands, so they pretend they are okay but they are not okay and they are lying to the young girls.

“You see Gifty Anti, she spent time creating an impression in the heads of young ladies that men are not important. Women [should] stand for their rights, women should not bow and submit before men – that is the impression that she created – but when she got a worthy, gentle and handsome man she loves, she had a three days wedding.

“After having the three days wedding, she also named herself ‘Oheneyere’. She added a title to her name. If you go and see how she bow and submit to her husband, you will be shocked,” A Plus told the host of the show.

He added, “all these ladies going about saying they are feminist, it is because they have not had any man in their lives. …If they don’t get husbands, they pride themselves as feminist…”

To him, “women and men have never been equal and they will never be early” because “less than hundred years ago, if you are not a virgin, you can’t marry.”

“Men and women are not the same…,” he stressed.