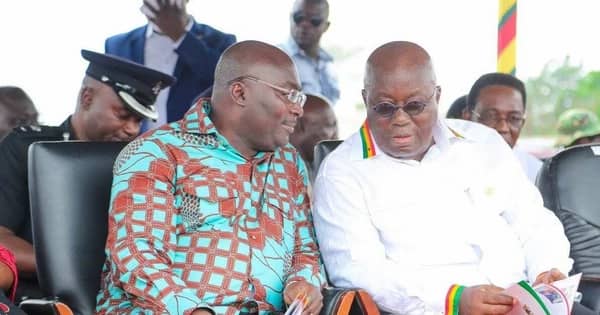 President Nana Akufo-Addo and his Vice, Dr. Mahamudu Bawumia have lost control of the Eastern Region as their chosen candidate in the New Patriotic Party’s Elections in the Region was defeated.

Kwadwo Boateng was the candidate of President Akufo-Addo and Dr. Bawumia in the NPP Chairmanship Elections in the Eastern Region but he lost badly to Jeff Konadu who did not enjoy the support of the President and his Vice.

Mr Akufo-Addo and Dr. Bawumia’s candidate, Mr Boateng is the nephew of
Hackman Owusu-Agyemang, a former Minister of Foreign Affairs and Regional Integration a former member of Parliament for New Juabeng North constituency of the Eastern Region.

President Akufo-Addo’s nephew and a leading member of the ruling NPP, Gabby Asare Otchere Darko, and the Director General of the National Communications Authority, Joe Anokye, were on grounds but left the Elections venue when it became clear that the President and Dr. Bawumia’s candidate was losing. Both Mr. Anokye and Mr. Otchere-Darko and others were said to be campaigning for Mr. Boateng.

The tension and focus of the NPP elections in the Eastern Region was on the Chairman position.

President Akufo-Addo hails from the Eastern Region where he has hitherto enjoyed massive support.

Previous Gifty Anti’s wedding lasted 3 days after creating an impression that men are not important – A Plus
Next Bawunia and Alan loose Western Region; The shadow of Joe Ghartey looms