Home / GENERAL NEWS / Girl, 3, in critical condition after mud house collapses on her 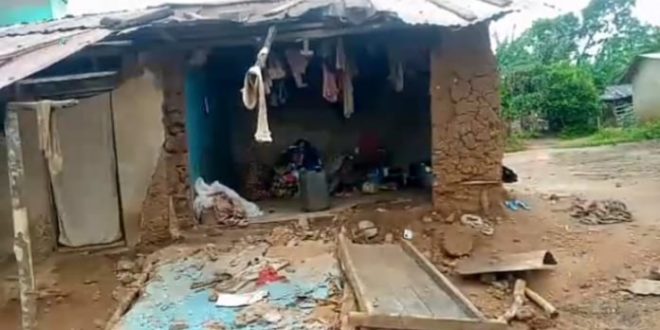 Girl, 3, in critical condition after mud house collapses on her

A three year old girl is struggling for her life after their mud house collapsed on her at Breman Kwanankwaa in the Central Region on Sunday morning.

The victim, Maame Esi who was asleep when the building collapsed was in the room with her mother and two siblings.

Report gathered by Kasapa News Yaw Boagyan revealed that the Mother of the victim and her two other siblings run away when the building was about to collapse leaving the victim in the room alone.

The little girl sustained serious injuries after the building crushed her.

She was rushed to the Our Lady of Grace Government Hospital at Breman Asikuma for treatment.

Speaking in an interview Mr. Felix Kwetey a Unit Committee Chairman for Breman Kwanankwaa said, because the family doesn’t have money to send the Victim to the hospital, they delayed for over three hours until the Unit Committee Members in the community mobilised funds to support the family.

He appealed to the general public to assist the family in terms of funds to take care of the victim.

Previous Cheddar’s idea to grow the tigers here in Ghana apt – A Plus
Next Achimota Forest lands: Sir John’s last Will exposes government?