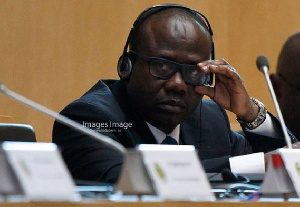 Experience they say is the best teacher, and that was a point reiterated by former President of the GFA Kwesi Nyantakyi when he appeared on GTVsports+ “Our Passion Our Game” on Thursday night (February 10, 2022).

The issue of government’s interference in the activities of the GFA was topical as the heavyweights in Ghana football made up of 4 former Presidents of the Association discussed the way forward.

Mr Nyantakyi used the opportunity to share experiences of occasions where the government interfered in his work as FA President.

He went on to say that “in 2010 when we came back from the World Cup (in South Africa) the FA premises were besieged by officials of the EOCO, they took the matter to the High Court and it was declared illegal and awarded damages of GH 50k against the State. These are the clearest examples of interest from the government that I experienced”.

Mr Nyantakyi believes these interferences were “needless” because the government could have engaged the FA to “seek a compromise on each of these issues without any gidigidi”, he noted.