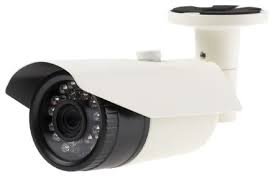 The Interior Minister Mr Ambrose Dery has appealed to the man whose CCTV cameras captured the robbery attacks on a bullion van leading to the killing of a police officer and another person to release the video to the Police to assist in arresting the criminals.

Mr Dery told TV3’s Dzifa Bampoh in an exclusive interview that the Police had informed him about the unwillingness of the man to release the CCTV video to help arrest the robbers.

“This matter should be dealt with quickly as possible. It happened in the daytime but they raise an issue that I think I want to use this forum to appeal to. They say there is person who owns a CCTV in the vicinity.

“The Police are asking that they be given the recording of the CCTV but there was resistance from the owner. I want to use this medium to appeal to him to cooperate and to appeal to all those persons who were in the vicinity to assist the Police on whatever description or whatever information that they have to enable us track them.”

Mr Ambrose Dery also said it is unacceptable that the Bank of Ghana (BoG) gave financial institutions up to 1st July 2023 to phase out and replace all soft-skinned cash in transit (CIT) vehicles.

He said that the lives of the Police officers cannot continue to be in danger until 2023.

It has emerged that the central bank in December 2020 issued a number of directives to financial intuitions to phase out and replace all soft-skinned CIT vehicles.

A statement to that effect said following the Bank of Ghana meeting with cash operation managers of banks held on Thursday 15th October 2020, “Bank of Ghana hereby directs all Deposits Money Banks (DMBs) and Specialized Deposit taking-institutions (SDIs) to acquire armoured plated bullion vans for its cash operations. The above directive is as result of the spate of armed attacks during cash in transit activities, leading to loss of lives, currencies and destructions of sophisticated equipment which has become a national security concern.

“Phase out and replace all soft-skinned cash in transit (CIT) vehicles presently in use with fit for purpose armoured plated vehicles with European standard B6 Ballistic protection for passenger compartment and European Standard B4 for Cargo compartment.

“BoG further directs that all BMBs and SDIs should comply with the above directive by 1st July 2023 after which BoG will not admit any soft-skinned CIT vehicle into its premises nationwide.”

But Mr Dery who was commenting on the killing of a police officer in a robbery attack on a bullion van in Jamestown said “:…What we call bullion vehicles in Ghana are just ordinary vehicles with plates on them which are not armoured.

“They don’t give the police and the cash any protection and so it is easy for bullets to go through them so they are not bullion vans,” he said.

“We have taken steps to protect our policemen and women when they go on such operations. We provided a number of bulletproof vest and helmets.

“The first consignment that came in, about 4000 of them came in just before we experienced the deaths of a number of policemen in these past few years. The police officers were encouraged because we then issued those vests for them and also made provision for them to carry side weapons to protect themselves.

“5000 is not adequate, we are dealing with over 40,000 police officers and for those who have interest such as banks and financial institutions, we do not think that the limited resources that we have for the protection of the general public should be allocated to that special needs. So we expect that in those cases they should make a contribution to protecting the Police that we allocate to them.

“The banks don’t get held responsible when we lose policemen, the government does, I do. And I don’t think that the Bank of Ghana fixing 2023 is acceptable, it is not. So is it a deaths sentence for those Police we are going to assign?”