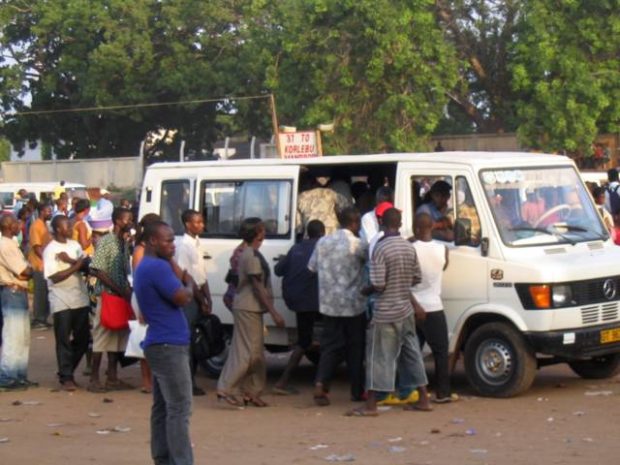 GPRTU to increase transport fares by 15%

The Ghana Private Road and Transport Union (GPRTU) has described the 15 pesewas cut per litre of fuel by government as woefully inadequate.

The disappointed Union says it expected government to at least reduce the fuel price by Ghc2 cedi per liter.

Speaking to GHOne Evelyn Araba Aidoo, the Head of Communications for GPRTU, Abbas Morro noted the Union will increase transportation fares by 15 percent in a few days after meeting with it Executives by next week Tuesday.

The new fares will take place in April if nothing is done by government.

“When we hard they were in Peduase Lodge thinking about some of these things, we were happy thinking something reasonable would come out of it. What do I mean by reasonable, we were thinking Ghc2 or so which will have impact in our day to day activities but it wasn’t so.

“We heard 15pesewas and even that we have it for only a period of three months. The way things are meaning fuel price can be increased at any time. So what we want to do is to go ahead with the 15% upwards adjustment,” the GPRTU Head of Communication disclosed.