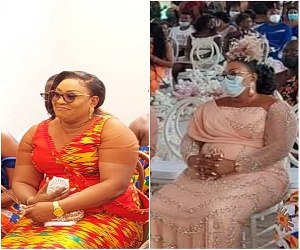 As the rule goes, do not overdress at someone’s wedding, but who said you can not slay at your son’s wedding?

Well, this rule doesn’t apply to Member of Parliament for Awutu Senya East, Mavis Hawa Koomson, whose outfits worn at her son’s marriage ceremony has become the talk of the town.

The MP who doubles as the Minister for Fisheries and Aquaculture under President Akufo-Addo administration over the weekend was spotted in style and bright garments at the lavish wedding that took place in Accra.

Present at the union between Kwamena Ato Koomson and Jasmin Akortus was the Vice President, Dr Mahamudu Bawumia, and the Second Lady of Ghana, Hajia Samira Bawumia.

For the customary marriage, Madam Hawa Koomson, mother of the groom, ‘slayed’ in a colourful kente outfit made to fit her body. She was among the best-dressed at the traditional wedding.

For the white wedding, she was styled in a peach lace dress.

Hawa Koomson was a style inspiration for many young women who graced the white wedding. As fashion police will say, she understood the assignment.

The MP for Awutu Senya East has a more stylish wardrobe than most adults.

Check out some photos of HawaKoomson below: 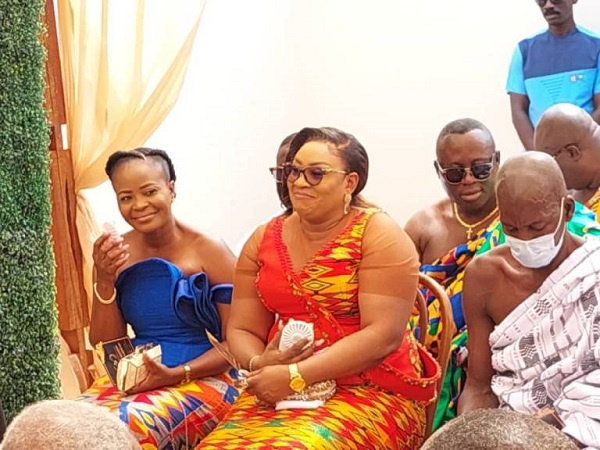 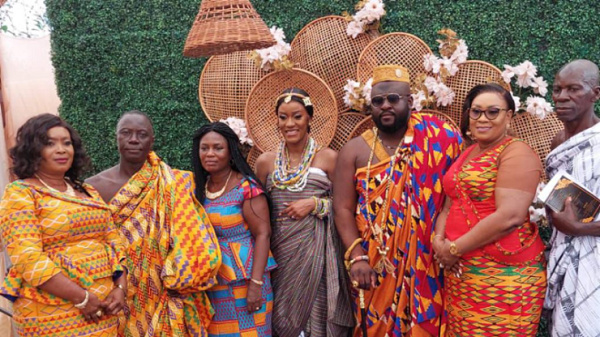 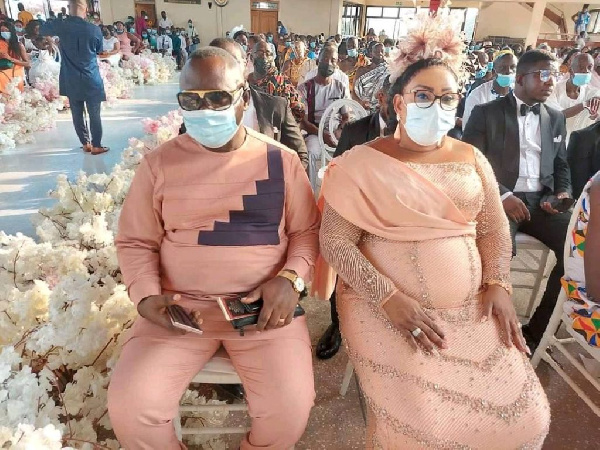 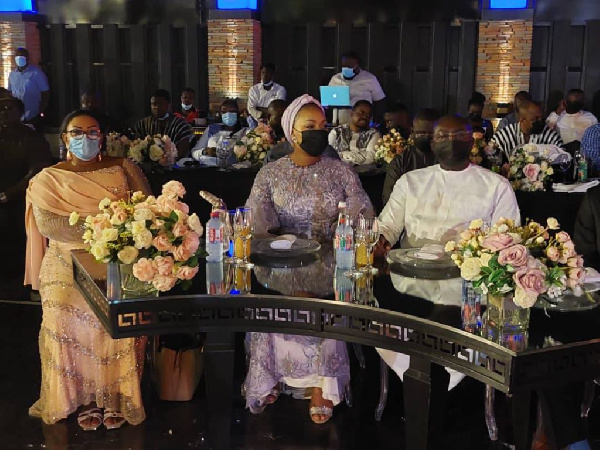 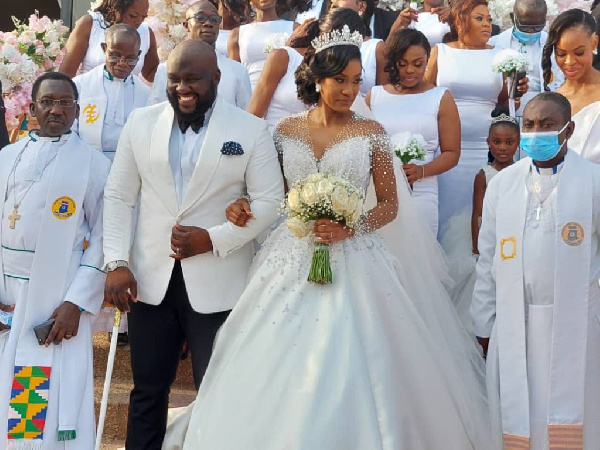