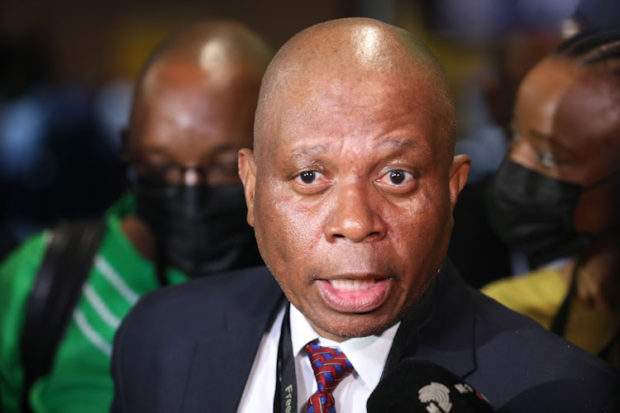 ActionSA leader Herman Mashaba has expressed dismay at those who say life was better under apartheid than under the ANC.

Nhlanhla Lux Dlamini, a member of the “Soweto Parliament”, this week slammed the governing party for failing residents who have been without electricity for weeks.

“For us here in Diepkloof, they must know Soweto’s infrastructure was built by the Boers, we are thankful to the whites that we do not like. When it comes to our government, that is led by black people, it has failed us,” Dlamini said.

Dlamini’s remarks sparked reaction on social media, with one user sharing the story of an old woman standing in line for medicine at Chris Hani Baragwanath Hospital in Soweto, who claimed the “apartheid government was better. Even though they used to beat us, there was service and order”.

Mashaba said it was sad listening to young people who never lived under apartheid say it was better than life under the ANC.

“It hurts even deeper for me when I hear this language from the youth who never lived under apartheid, but heard this from their parents. Apartheid was never good. Let’s fix SA now for our youth,” he said.

Residents of Diepkloof Zone 3 in Soweto took to the streets on Monday to protest against persistent power outages during the past two weeks.

Shimmy Bopape, a resident who spoke to TimesLIVE’s sister publication SowetanLIVE, blamed Eskom for the blackouts.

“Eskom undertook an operation to switch off the electricity for all households. That is not fair. Households are different. There are people who use a prepaid electricity system and others receive a monthly electricity bill. So Eskom should identify the culprits and deal with them and leave those who are compliant and paying.”

She lamented the loss of revenue and energy due to illegal connections and called on paying residents to report illegal power connections.

“We want to ensure the basic needs of the City of Johannesburg residents; electricity being one of them. However, we need communities to partner with us as we work on strategies to ensure that we provide reliable electricity and root out theft and vandalism in Johannesburg.

My husband loves dogs more than me – Wife tells court

‘My product is working on you’ – Jaruma replies Ned Nwoko