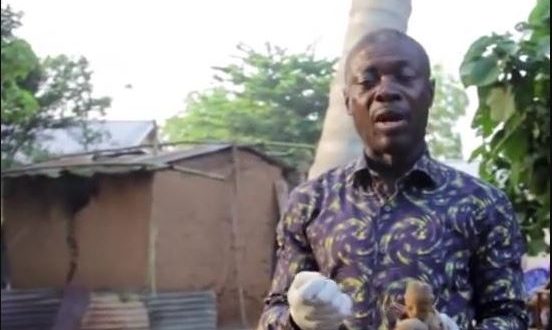 One Kwadwo Boi, 76, a native of Antoa in the Kwabre District of Ashanti who came out some years ago to back the claim by Rev Christian Kwabena Andrews, aka Sofo Kyiri Abosom, leader and Founder of Life Assembly Worship Center that he has gone to destroy the Antoa shrine, has been struck to death by the Antoa deity.

It will be recalled that, about five (5) years ago, Sofo Kyiri Abosom visited the most powerful and popular river god’s shrine in the Ashanti Region, “Antoa Nyamaa” and indicated that the shrine is powerless.

The man of God was seen in a video that became viral on social media, challenging the power of ‘Antoa Nyamaa’, as he walked through the shrine insulting some of the statues and crafted hand-made objects believed to be gods having supernatural powers.

Authorities or caretakers of the famous fearsome deity however invoked curses on Kyiri Abosom and his accomplices.

The deceased is said to have refused to render an apology to the deity after offending it.

This came to light this morning, May 26 2022 when the children of the deceased, went to the caretaker of the Antoa Shrine to plead with the gods not to turn their late father’s sin on them.

Caretaker of the Antoa deity, Kwaku Firi told Oyerepa FM’s Ayisi Boamah in an interview that, Sofo Kyiri Abosom and his accomplices are next on the list to do die.

“Whoever went to ‘Antoa Nyamaa’ that day and pronounced it powerless is going to die.” Kwaku Firi said.

He, however, stated that Kyiri Abosom and his accomplices could be pardoned should they revisit the Antoa deity and render an apology to it.

Previous VIDEO: LilWin’s ex-wife hunts down Sandra Ababio
Next I was a 14-year-old primary 6 pupil when I first got pregnant for LilWin – Ex-wife