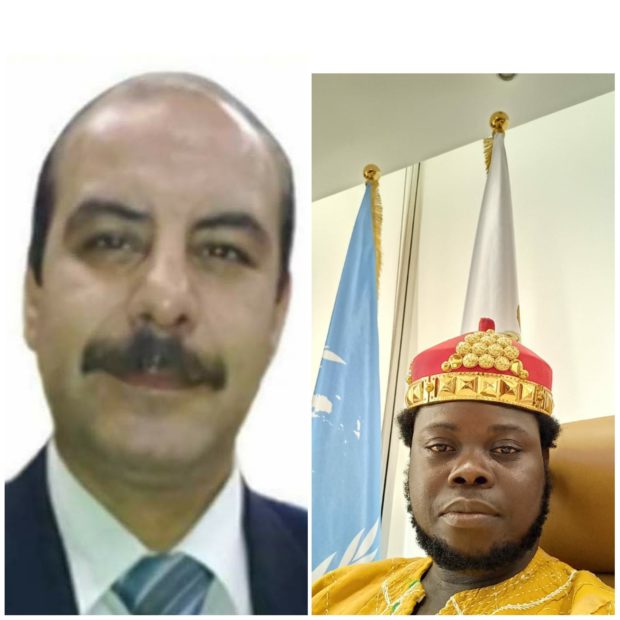 The Chairman of the World Human Rights Council for West Africa King Ayitey Anumle Oyanka I have been appointed as the country representative of Hun Boxing Federation.

King Oyanka will be in charge of the introduction HUN Boxing Federation in the country.

“For your representative authority of the HUN Boxing Federation in your country is to introduce the Hun Boxing mixed martial arts branch system of the spread and organise the Hun Boxing”, Professor Dr Yilmaz Baygul

The Hun Boxing sports and mixed martial arts  branch, the close struggle that the soldiers of the Hun empire have made, combinesthe armed and unarmed close combat techniques of the art of war by grand master  Yilmaz BAYGUL by putting the Hun boxing name in the name of sport and mixed combat art branch in accordance with today’s modern era. ıt is a branch of sports and mixed struggle art, which is triying to spread to the World.

The general assembly  was held in 2014 and the center movid to Istanbul. He continues his studies  and activities under the  chairmanship of Grand Master Yilmaz BAYGÜL as Hun Boxing Fedration.

It consists of 4 technical distances against the opponent