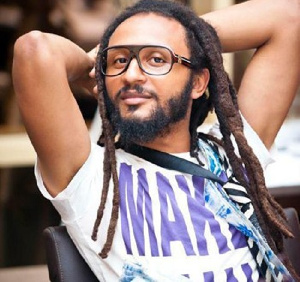 Ghanaian musician, Wanlov the Kubolor has shared his two cents on the food poisoning incident at a popular restaurant in Ghana that has reportedly left several customers at the hospital.

According to Wanlov, the public should have boycotted the restaurant after it was reported in 2017 that a 25-year-old Ghanaian national was abused by her Lebanese supervisor by dipping her face into blended pepper.

The incident sparked outrage with many calling out foreign nations for abusing Ghanaians who work in their firms.

On Wednesday, May 11, a number of people took to Twitter to share how they suffered food poisoning after eating from one of the branches of the popular restaurant last Saturday.

Reacting to the distress post, Wanlov tweeted: “After the Lebanese manager at Marwako shoved & held his Ghanaian employee’s face in a basin of fresh blended red pepper almost making her lose her sight I thought Ghanaians would stop eating there.”