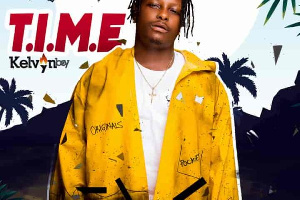 Ghanaian Musician, Kelvyn Boy says unlike others who have gone mad as a result of smoking marijuana, he will go mad if he doesn’t smoke.

He says smoking wee; an illegal substance in Ghana calms his nerves and, therefore, he will not stop abusing the drug.

Kelvin Boy who was speaking on Accra-based Hitz FM said what he does on a daily basis is to smoke and that has become part of his brand.

Unlike others who hide it from the cameras, Kelvyn Boy says he’s not fake and will therefore always do it in the open for the world to see his love for marijuana.

“Me I won’t fake oo,” he said when Andy Dosty drew his attention to the fact that young people learn from him.

In Ghana, marijuana is an illegal substance and there it’s use and abuse contravenes the laws in the country.

There have been calls from different quarters to ensure government legalizes it because of it’s economic potential but that has not seen the light of day.