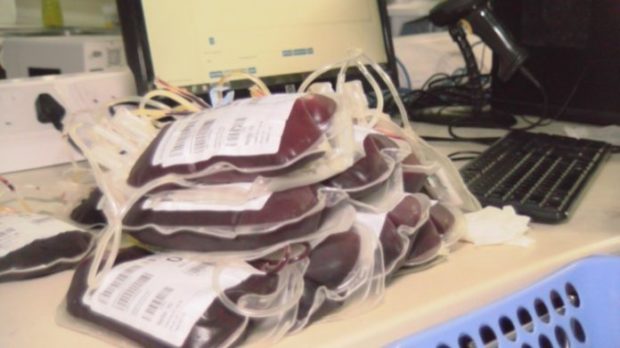 Some Ghanaians have shared their experiences on extortions they suffered in their quest to get blood for relatives who were in dire need at the hospital.

They admitted the experience was a bitter pill they had to swallow but they were desperate to save their dying relatives.

They shared these experiences on Adom FM’s Dwaso Nsem, Wednesday while some revealed they couldn’t afford the amount.

This was on the back of a JoyNews’ and Corruption Watch’s investigation that uncovered the illegal collection of fees for blood supply by a syndicate operating within the National Blood Service at the Korle-Bu Teaching Hospital and the Greater Accra Regional Blood Bank.

Chief Executive Officer (CEO) of the National Blood Service, Dr Justina Ansah, has indicated that no patient is expected to pay more than GH¢150 for blood.

Sharing experiences from different hospitals in the Greater Accra Region, callers who only gave their names as Hajia, Yaw and Dela said it was a nightmare.

Aggrieved Hajia revealed she lost her firstborn, a female through the situation after GHS 700 was demanded of her for the blood.

After all the struggles to raise the funds, they were transferred to Korle-Bu but the daughter died even before they could access a ward.

Yaw added: “My experience was on January 2, 2017, when my wife went to deliver and with her blood group being o+, I was asked to pay GHS700 for a pint because her blood group was scarce one and she needs four pints.

“I was made to make a deposit of GHS1,400 and I saw the doctor engage another person in a distinct chat afterwards, he took the money and told me the blood will be brought from 37 and when they brought it, they came for the balance and there is a man at Korle-Bu who is also into blood sales.”

Another caller, Dela also revealed her son was close to death at the Tema General Hospital as the doctors will not attend to him until she paid for two pints pegged at GHS300 each.

She narrated she was helpless and cried her heart out as her husband was out of town and she had nobody to ask for money from.

“I had donated blood at Ashaiman Hospital before and we were told it will be a guarantee in our time of need but that did not happen for me.

“In my helpless state, a man who spoke my native language engaged me and I begged him to help get the blood because my husband will definitely pay on his return and he obliged. In the end, I don’t know how but we paid GHC1,215 for the two pints,” she said sadly.