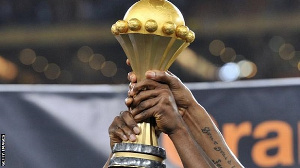 The reported missing of the four African Cup of Nations Trophies won by Ghana has triggered shock and amusement on social media with some Ghanaians petrified by the report.

Some social media users find the story funny as they struggle to accept that such prestigious element of the national history are nowhere to be found.

Some are also shocked that people will have the temerity to bolt away trophies which are meant for the country.

The head of Sports for Angel TV, Saddick Adams known popularly as Sports Obama recounted that the trophies went missing during the 1982 Coup.

“You know that CAF gives you a replica when you win the trophy but when you get the golden one when you win it four keeps. Before the 2019 AFCON, I asked questions about the four trophies that we have won and I was told that we lost the trophies during the Coup when the National Sports Council Officer was ransacked,” Saddick Adams added.