Home / SPORTS / ‘I’m not sure yet, I’ve to keep focusing on club football’ – Tariq Lamptey on playing for Black Stars 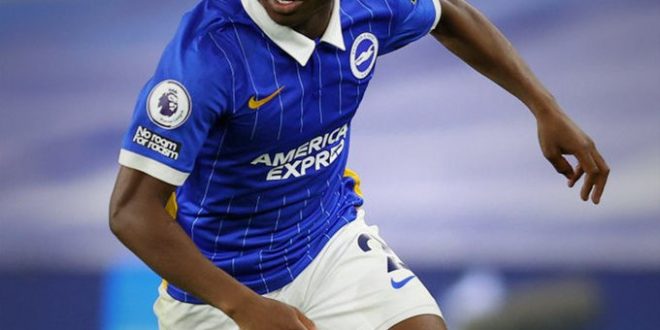 ‘I’m not sure yet, I’ve to keep focusing on club football’ – Tariq Lamptey on playing for Black Stars

Brighton and Hove Albion youngster Tariq Lamptey says he’s not sure yet about playing for the Black Stars after calls to get him to to represent the African giant at senior level.

The defender looks unsure about his future at the senior national team level yet as he’s still contemplating on playing for the Three Lions of England instead of Ghana.

Following wide spread reports about him playing for Ghana at the 2022 FIFA World Cup tournament in Qatar, the youngster has opened up about the whole issue of ditching England for Ghana.

According to the right-back who plays for Brighton and Hove Albion in the English Premier League, he’s not sure yet and is rather keen on focusing on on club football.

He says he has to take it game by game and then he will see about what the future holds.

“I’m not sure yet. I’ve to just keep focusing on my club football”, the English Premier League side Brighton and Hove Albion youngster stated.

“I’ve to take it game by game and then we’ll see.” – Tariq Lamptey spoke to Ghana Soccer Net on his Black Stars future.

He is one of the few talents the Ghana Football Association are looking to convince to switch nationality to represent the Black Stars.

Tags AM I not SURE Tariq yet