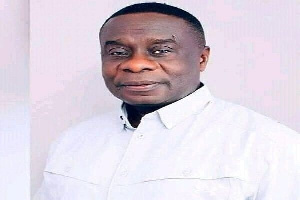 Assin North MP should be banned from contesting any election – Lawyer

A private legal practitioner, lawyer Okyere Darko has called on the court to permanently ban the Member of Parliament(MP) for Assin North from contesting for any elections in the country.

According to him, the Member of Parliament has committed a crime that should not go unpunished.

Lawyer Okyere Darko believes that there is a precedent of similar happenings and the individual involved was punished by serving a jail term.

“We do have precedence here in Ghana under similar circumstances and the person was jailed for the very same offense. I am totally surprised that Ghana has actually allowed this. I will call it a criminal act to perpetrate up till this present time when the Supreme court has ruled,” he said.

“The good thing is that the apex court has stepped in. Sometimes a judgement has to come when there is no final decision especially when you know that the lawyers are trying to play all the tricks in the books that we play as lawyers. If you know your client has a bad case one of the tricks we know is to delay the matter as long as possible.

“It shouldn’t just end there. The same criminal offence which the former MP Adamu Sakande faced, he should face the same criminal charges and he should be disqualified from running for office again,” he told Accra-based OKAY FM.

In an earlier ruling at the Cape Coast High Court, presided over by Justice Coram Kwasi Boakye, the court had ruled that Mr Gyakye Quayson was not eligible to contest the December 7, 2020, Parliamentary Elections because he bore dual citizenship before picking nomination forms from the Electoral Commission, Ghana (EC).

Previous ‘I’m not sure yet, I’ve to keep focusing on club football’ – Tariq Lamptey on playing for Black Stars
Next This Week On Twitter:Samini and Stonebwoy to perform in Kwahu, Lynx at 15 and many more