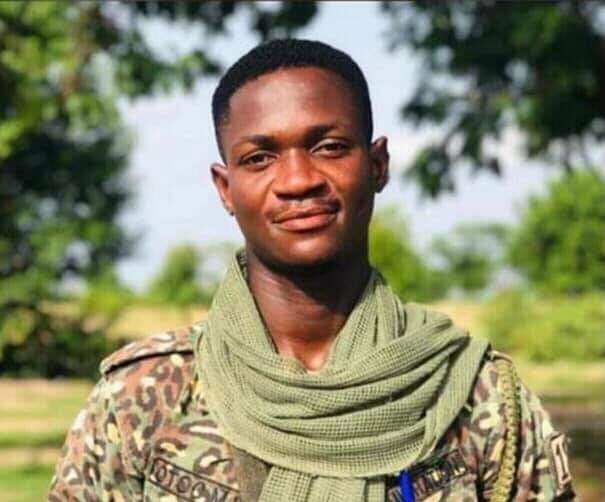 Officials of the Ghana Immigration Service have revealed through Preliminary investigation that their officer who died on Tuesday night had six gunshots from the rear by his attackers largely suspected to be smugglers.

The statement issued and signed by one Ibn Yussif Duranah Abdul-Mumin Seidu, added that AICO Michael Out after being gunned down had his weapon was taken away from him by his assailants.

According to the chronology of events in a statement sighted by MyNewsGh.com,  the Nandom Command picked information that an Immigration Service Personnel was shot dead at Kokoligu, a village between Nandom and Hamile. The Command hurriedly went to the crime scene and saw the fallen patriot dead and in a pool of blood.

It was further established that the fallen officer might have had a struggle with his assailants preceding his slain. His body was hidden under a bridge whilst his motorbike and helmet were found some 100 meters away from the remains.

The body of AICO I Michael Otu has since been deposited at the St. Theresa’s Catholic Hospital awaiting Doctor’s report.

The said officer (AICO I Michael Otu) is with the Operation Conquest Fist (OCF) at the Hamile detachment and was for night duty on the Ghana Burkina Faso border to serve his Homeland when he met his untimely death.

Meanwhile, the security agency has disclosed that it is partnering with the Defense Intelligence and Police in the pursuit of the perpetrators’ modus operandi is callously killing uniformed officers in that enclave.

To this end, he said “we call on anyone with positive leads to volunteer same in order to allow justice to take its own course. We shall leave no stone unturned in pursuit of the perpetrators of this barbaric incident. They may run but they can’t hide”