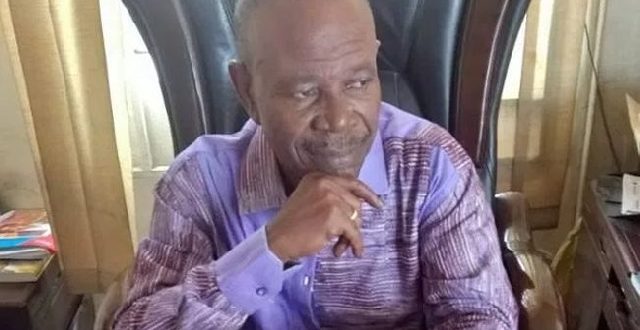 A founding member of the governing New Patriotic Party (NPP) in the Ashanti region, Mr. George Ayisi Boateng has appealed to the delegates in the region to change the current regional chairman of the party and opt for someone who can bring all party members together to win power in 2024.

“Ashanti region NPP needs a team player, someone who will lead the party in the region and bring every party member together for people to admire the party and join hands with us to break the 8-year political cycle in 2024″.

Mr. Ayisi Boateng who is also a member of the NPP Council of Elders in the Ashanti region shared the above views speaking in an interview with Kumasi-based Sompa television over the weekend.

” if l am to make a choice among those leading members of NPP seeking to lead the region as chairman: l will choose Chairman Odeneho Kwaku Appiah also known as (COKA).

He was of the view that the past and current regional Chairmen of NPP have done their bit and it is time the party charts a new direction.

” Chairman Yaw Amankwah for instance did his best, he did his work perfectly. So was Chairman F.F. Anto and others .it is time the leadership of the regional office is changed for those who will unify the rank and file of the Party to deliver success”.

Mr. Ayisi Boateng bemoaned the fact that the Ashanti region is the heartbeat of NPP. In fact, it contributes more votes to the Party in national elections, and yet it cannot boast of a befitting regional office.

It rather operates from a rented dilapidated office.

In the Ashanti region, a chief gave the party 2 plots of land at Ttrede years back because of good leadership.

The late Agyabeng from Mampong, an architect also did some drawings for the regional party for free.

Where is the land now adding that the deceits are too much?

” It is sad that today, the NPP in Ashanti region cannot pay for its rented office in Kumasi, “Mr . Ayisi Boateng, a former Ghana’s High Commissioner to South Africa said.

NPP is billed to hold a regional congress from May 27 to 29 this year to elect new officers who will steer the affairs of the party for the next 4years.

Others are the former Member of Parliament for Ejisu Constituency, Kwabena Owusu Aduomi, and one Oheneba Kofi Bawuah