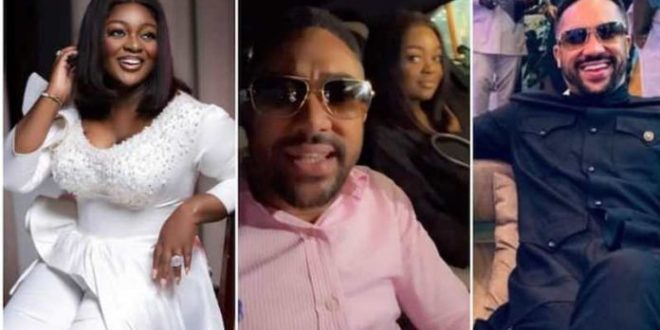 Ghanaian actress Jackie Appiah and her colleague Majid Michel recently had a nice music moment as they spent some time together.

The beautiful Jackie and handsome Majid went on a rap delivery spree while hanging out with each other.

In a video shared on the actress’ Instagram page, the two were spotted sitting in a car and cruising around.

Loudly playing in the background was Tupac Shakur’s Changes. Majid put on a pair of glasses he had in his hand and started rapping along to the song.

At a point, Jackie joined him in rapping while making gestures and signs to mimic the lyrics of the song.

Sharing the video, Jackie indicated that she was on a set with Majid shooting a movie and they decided to play around.

“We gotta start makin’ changes. Watch to the end. @majidmichelmm #tupac #On set having fun,” she said.